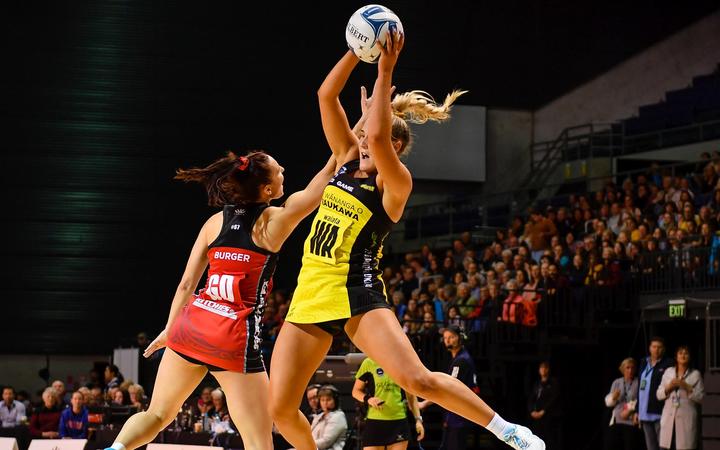 The Tactix have held off a storming finish from defending netball premiership champions the Central Pulse for a 55-52 win in Christchurch on Saturday.

With less than three minutes remaining, and holding a comfortable 10-goal lead, the Tactix looked well in control.

But the visitors launched an unlikely tilt at stealing the win with an unanswered seven-goal run.

The Pulse went into the match with a makeshift shooting end after illness ruled out regular goal attack Te Amo Amaru-Tibble.

Midcourter Whitney Souness was thrust into the unfamiliar role, and although she was a key asset on attack, it meant Aliyah Dunn had to take the bulk of the shooting load.

Their strong finish wasn’t enough for the Pulse to grab the win, but it did earn them a bonus point – potentially vital in the all-important in the run to the finals series.

The Tactix’s full-court defensive pressure helped propel them to a 16-12 lead at the first break, and that pressure continued in the second spell.

Shooters Ellie Bird and Te Paea Selby-Rickit combined well, and made the most of a steady supply of ball to give the home team a 32-25 lead at half-time.

In a position to hammer home their advantage, the Tactix could only manage a messy third quarter, with soft turnovers a feature of their play.

Looking down and out, and facing a 10-goal deficit with less than three minutes remaining, the defending champions finished with a hiss and roar, only to fall just short of an unlikely victory.