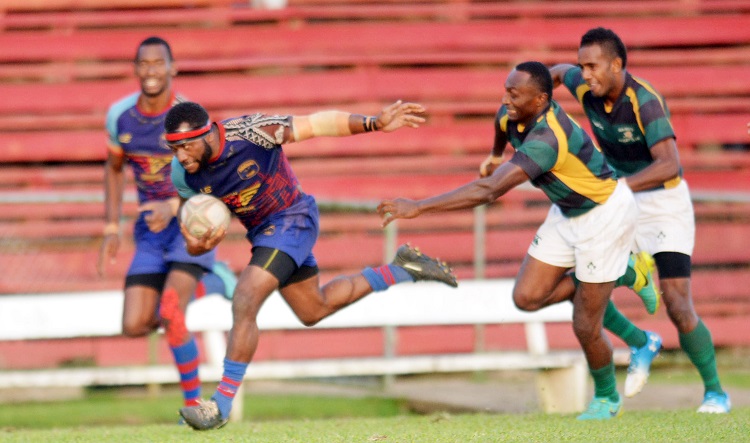 Tabadamu's Leo Naikasau bursts his way to the tryline in their match against Waimanu Congo in the final of the Waimanu Sevens held at Ratu Cakobau Park in Nausori on Saturday, March 09, 2019. Picture: ATU RASEA/FT FILE

It was a one-way traffic final as Tabadamu controlled possession throughout the match and defended well to force turnovers and they also countered the rucks to win possession.