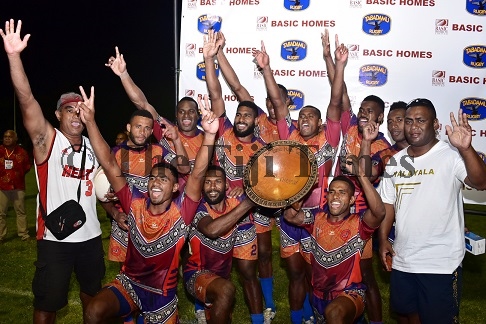 Down 7-10 at the break, Tabadamu staged a second half rally — running in four unanswered tries.

Meanwhile, Fiji Airways Fiji 7s coach Gareth Baber briefly attended the tournament. Baber was impressed with the standard of rugby shown by players during the quarter-finals.

Baber did not single out any player but stated there were good players who were being tracked over the past couple of years.

“There were good quality quarter-finals and I saw some players who impressed,” Baber said.