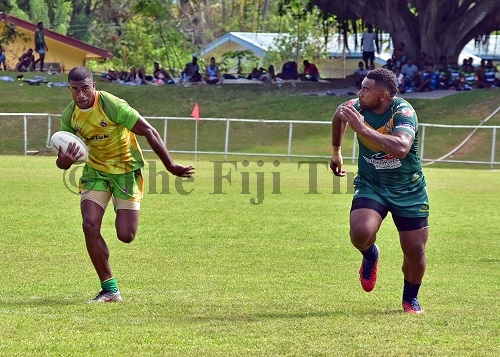 Nacanieli Labalaba on attack for Wardens Gold against Coastline Roos during the first day of the Tabadamu Sevens tournament at Prince Charles Park in Nadi on Friday, January 10, 2020. Picture: BALJEET SINGH

Two women’s teams have been invited to participate in the tournament tomorrow – BLK Mares and Fiji Airports Nadi Aviators.

The women’s division in the tournament was scrapped because of a lack of interest.

The youth division will also kick off tomorrow.