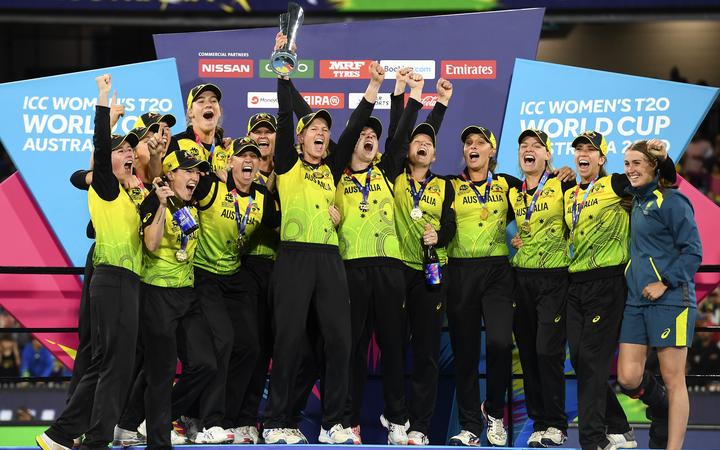 When defending champions Australia compete in the Women’s Twenty20 World Cup final in Melbourne on Sunday, they will earn the same as their male counterparts would – in stark contrast to their rivals, India.

That the match, expected to attract a sell-out crowd of mainly Australian cricket fans, takes place on International Women’s Day has only intensified the debate surrounding the gender pay gap that India’s sportswomen have to contend with.

In cricket-mad India, male players are revered as gods, paid handsomely and showered with lucrative endorsement deals, from watches and shoes to snacks, headphones and even toothbrushes.

The women barely get a look-in.

Sports analysts say they are trapped in a vicious cycle – without the right resources, they face a disadvantage when playing at the top level, which in turn means they are less likely to get investment.

“The women’s game is stuck, like Cinderella, at the hearth while the men are off partying,” said Prem Panicker, a senior cricket journalist who has written extensively about the issue.

“And that is unfair to the women, to the game and to us spectators.”

By contrast, the top male players, led by captain Virat Kohli, earn nearly $1 million on the annual contract of the Board of Control for Cricket in India (BCCI), which is the world’s richest.

But they can make many times that through sponsorships, endorsement deals, bonuses and the Indian Premier League. Last year, Kohli featured on Forbes’ list of the world’s 100 highest-paid athletes, with estimated earnings of $25 million.

Several top women cricketers contacted by the Thomson Reuters Foundation, including Mithali Raj, captain of the national team in Test and one-day international cricket, were unavailable for comment.

Ananya Upendran, editor at cricket news website Women’s CricZone, said female players’ pay had gone up, but they were still “paid a pittance in comparison to the men”.

The conversation around equal pay in professional sports has gained momentum since members of the U.S. women’s soccer team sued their federation over the disparity.

India’s female athletes, however, have seldom brought it up.

Mandhana – the 2018 International Cricket Council (ICC) women’s cricketer of the year – even said it would be unreasonable for women to ask for equal pay.

“We need to understand that the revenue which we get is through men’s cricket,” she told reporters in January.

“The day women’s cricket starts getting revenue, I will be the first person to say that we need the same thing. But right now, we can’t say that.”

Cricket experts have urged the BCCI to market the women better and give them more opportunities to play, such as their own version of the cash-rich Indian Premier League (IPL).

While the women played a mini IPL version last year, the BCCI chief said in December that a full-fledged tournament was unlikely before 2024, citing a lack of players.

The BCCI did not respond to requests for comment.

Former India women’s captain Anjum Chopra said the national team, who are maiden finalists, had a long way to go before they could be compared with Australia, who have won a slew of major trophies over decades.

“There is only one thing that draws the attention of the world – when you do well and when you win. The moment you become world champions everyone focuses,” said the cricketer-turned-commentator.

“Who wants to associate with a loser? Nobody.”

While Australia are hot favourites to clinch their fifth title and take home the $1 million prize money, observers say India is in with a chance, having won some notable successes on their way to the final of the 10-team tournament.

On Wednesday 16-year-old batting sensation Shafali Verma, who famously cut her hair short aged 10 to trick her local cricket academy into accepting her, rose to the top spot of the women’s T20 international rankings.

Cricket historian Boria Majumdar said budding stars like Verma and their inspirational stories are helping to popularise women’s cricket, which is comparatively new.

The BCCI took control of women’s cricket in 2006, but female players had to wait until 2015, 11 years after their male colleagues, to get the annual pay contracts that give them financial security.

Despite the late start, India’s elite women cricketers have been making significant strides on and off the field.

Bollywood is making a biopic on captain Raj, who endorses numerous brands including Uber, while Mandhana has a bat sponsor and a deal to endorse European footwear brand Bata.

Sunday’s final could act as a further springboard and inspire girls to take up the sport, experts said, as organisers hope to set a new record for attendance at a women’s sporting event at the 100,000-capacity Melbourne Cricket Ground.

“It has the potential to transform Indian women’s cricket for all times to come. Sponsors will come in,” said Majumdar, predicting the pay gap would close within a decade.