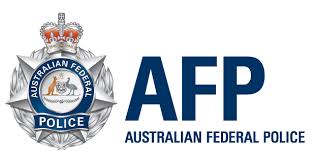 A 45-YEAR-OLD Sydney man is due to appear before Sydney Central Local Court on Wednesday charged with drug offences after he was arrested at Sydney Airport last Saturday.

Police allege the man from Burwood is part of a criminal syndicate responsible for the importation of border controlled drugs into Australia and New Zealand.

The investigation uncovered similar attempts to import illicit substances and law enforcement allege the man is connected to several organised crime figures arrested in New Zealand and Fiji who are responsible for transhipping illicit drugs through Fiji into Australia and New Zealand.

The joint statement from the authorities stated the man left Fiji for Europe and was arrested at Sydney International Airport upon his return to Australia.

And following his arrest, a search warrant was executed at his Burwood residence last Saturday.

“He has been charged with attempting to possess a marketable quantity of a border controlled drug, contrary to sections 11.1(1) and 307.6 of the Criminal Code (Cth). The maximum penalty for this offence is 25 years imprisonment.” the authorities stated.

Fiji’s Commissioner of Police Brigadier-General Sitiveni Qiliho said in the statement that the collaboration and the sharing of resources and intelligence was key to disrupting organised crime syndicates.

“Fiji is pleased to play a role in interrupting international drug smuggling attempts, disrupting transnational crime groups trafficking dangerous and deadly drugs across the Pacific region. The seizure reflects the Pacific Taskforce’s concerted efforts in protecting our Pacific region from the damage these illicit substances can cause,” Brig-Gen Qiliho said.

“The Pacific Taskforce arrangements allow law enforcement to pool resources and knowledge to strike a blow to organised crime groups seeking to exploit the Pacific region to import illicit drugs into Australia, New Zealand and other countries. We stand ready to work with our close partners in the Pacific to make the region a hostile environment for organised crime to establish its presence or operate,” Detective Superintendent Fisher said.

New Zealand Police Liaison Officer to the Pacific, Detective Inspector Suzanne Douglas said the cooperation and information sharing to target transnational crime is key reducing the harm from these organisations.

“Fiji Police, New Zealand Police and the AFP collaborated to target a transnational criminal syndicate transhipping cocaine and methamphetamine through the Pacific to New Zealand and Australia. This resulted in a number of arrests in Fiji, Australia and New Zealand. The cross country Transnational Serious Organised Crime Taskforce arrangement certainly proved the worth of close inter-jurisdictional cooperation and information sharing to target transnational organised crime in the Pacific and reduce the significant harm these organisations cause our communities,” Detective Inspector Douglas said.

ABF Acting Commander for Investigations Penelope Spies said the operation was further proof of how the unprecedented level of collaborative work between Commonwealth, State and international law enforcement agencies is protecting the Australian community from the scourge of drugs.

“Transnational crime requires a transnational response, and the exchange of information and level of cooperation between our agencies has never been better,” Acting Commander Spies said.