Swiss not on Easy Street but headed in right direction 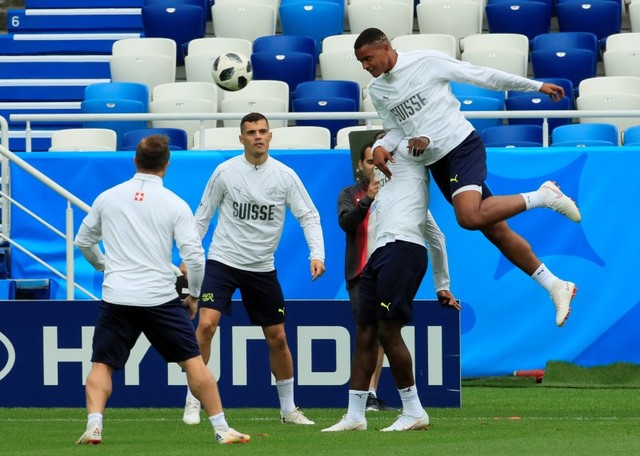 KALININGRAD, Russia (Reuters) – Switzerland may not be on the World Cup Easy Street after a draw with mighty Brazil but coach Vladimir Petkovic said on Thursday he believes his team is headed down the right avenue as they prepare to face Serbia in a Group E clash.

For Petkovic, World Cup openers appear to be something akin to a tourist landing in a new city where after a while you are either feeling a bit lost or you discover you are going in the right direction.

After a stunning 1-1 draw with five-time world champions Brazil, the Swiss GPS is working just fine as they head into a pivotal contest on Friday against Serbia, who top the group with a win over Costa Rica.

“The first (match) is always the most difficult match because when you come to the first match you don’t really know how the team is feeling, if they are in top form or not,” said Petkovic. “We are going to be able to confirm this avenue that we are on, that we are on the right track.

The Swiss will have more positives than negatives to focus on as they look to build on a superb defensive effort that blunted the vaunted Brazilian firepower.

Serbia are also capable of some attacking flair but they also bring a more physical edge to their play, which will not intimidate the Swiss who have also shown they enjoy the rough going.

Petkovic said the game will be decided by the pace adopted by both teams.

“We can’t just play physically. We also have to run more than our opponent and that’s what we did against Brazil,” assured Petkovic. “We have to play our good football.