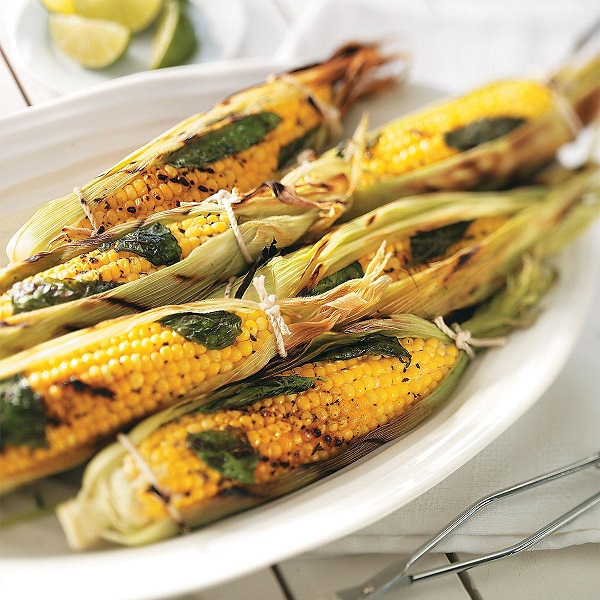 Get creative with your barbecue corn. Picture: LANCE SEETO

With sweet corn beginning to appear in the markets, I thought it timely to learn how it has survived for thousands of years.

Corn was not part of the 24 canoe plants introduced across the Pacific islands by Polynesian settlers unlike dalo, sweet potato, breadfruit and kava.

This explains why corn is not a common crop across the South Pacific, and why we don’t enjoy a multitude of corn recipes in traditional Fijian cooking like Central and South America and the Portuguese and Spanish.

Corn is not indigenous to our region but just as coconut sustained our island people, so too did corn in other parts of the world.

The ancient Aztecs, who once occupied northern Mexico, worshipped a Corn Goddess, known as Chicomecoatl, and to the Aztec, Mayan and Incan peoples, corn was called mahiz, loosely translated as ‘our life’.

Man made not wild

Corn as we know it today would not exist if it weren’t for the humans that cultivated and developed it. It is a human invention, a plant that does not exist naturally in the wild. It can only survive if planted and protected by humans. The history of corn dates back some 7000 years. It is thought to have descended from a species of wild grass in Central America. In the 1950s, anthropologists found fossilised corn pollen that was 80,000 years old and they found tiny ears which carbon dated to 5000 B.C. There is evidence of corn farming in the Southwest United States in 1200 B.C. but it took a few more centuries to reach the northeast United States. The corn brought to Europe by the conquistadors, mainly the Portuguese, spread quickly to many countries. Few other foods are as exclusively Native American as corn. In fact, Native American methods of preservation and farming are so advanced most are still in use today. You will never find corn growing in the wild because corn is dependent on human distribution and not self-sowing. One of the earliest ways to plant it was in a mound with three fish for fertiliser. Squash or pumpkin was planted between the corn plants so its large leaves could shade the ground to help keep the ground moist. Each small seed of corn are called kernals, and the entire cob inside its sheath is called an ear of corn. As a near complete food, nutritionists and chefs alike say that corn is high in fibre, vitamins, and has especially high concentrations of antioxidant carotenoids like carrots, making corn a high nutritious food source.

Not all corn is sweet

This is because there are five major varieties of corn—flint, dent, sweet, pop, flour. Today, many of these varieties have been botanically bred to retain more sugar but only sweet corn is enjoyed in cooking. Sweet corn is often eaten on the cob or it can be canned or frozen. Sweet corn is seldom processed into feed or flour. Sweet corn gets its name because it contains more sugar than other types of corn. Flint corn, also known as Indian corn, has a hard outer shell and kernels with a range of colors from white to red. Today, most flint corn is grown in Central and South America. Dent corn, often called ‘field corn’ is often used as livestock feed, and is probably what our chickens and cows are eating today. It is also the main kind of corn used when making industrial products and various foods including high fructose corn syrup, which is a sweetener found in most sugary drinks made overseas. Popcorn, a type of flint corn, has a soft starchy center that is covered by a very hard shell. When popcorn is heated the natural moisture inside the kernel turns to steam that builds up enough pressure for the kernel to explode. When the kernel explodes the white starchy mass that we know as popcorn blossoms and forms.

Not just for eating

Don’t think of corn as just another pretty grain that is only used as a source food. Just like the coconut tree, there are thousands of uses for corn products. Corn husks make brooms, baskets, dolls, tamales, and stuffing for mattresses. Cobs can be fish bobs, fuel, scrub brushes, toilet paper, insulation, pipes, and bottle stoppers. Cornstarch is even more versatile, it is used in paint, papermaking, cosmetics, medicines, ink, film, toothpaste, plastics and many more items. The binding glue on school books are probably made from cornstarch. One third of corn by-products become feed for livestock and many pet foods, so the chickens that laid the eggs you had for breakfast were probably fed corn. Many of the soft drinks manufactured overseas are also sweetened with corn syrup, albeit a highly controversial artificial sweetener called high fructose corn syrup. And guess what ethanol fuel for cars is made with – corn.

The high concentrations of antioxidant carotenoids means that like carrots, sweet corn is good for your eyes. Sweet corn is loaded with lutein and zeaxanthin, two phytochemicals that promote healthy vision. A midsize ear of corn also offers a helpful 3-gram dose of dietary fibre. Avoid corn with dry, pale husks and silks that are desiccated where they enter the cob. If pricked, the corn kernels should squirt a whitish milk, indicating it’s nutrition and young age. There are many ways to cook corn, from grilling to stir fry, to blending it in delicious creamy soups. Corn is an extremely versatile crop that should be easy to grow in Fiji, and offers our cane farmers another cash crop that our local cuisine would surely embrace. Imagine – a corn kokoda, corn curry or charred corn fritters in coconut miti. The possibilities are endless for this ancient grain which is now in season.