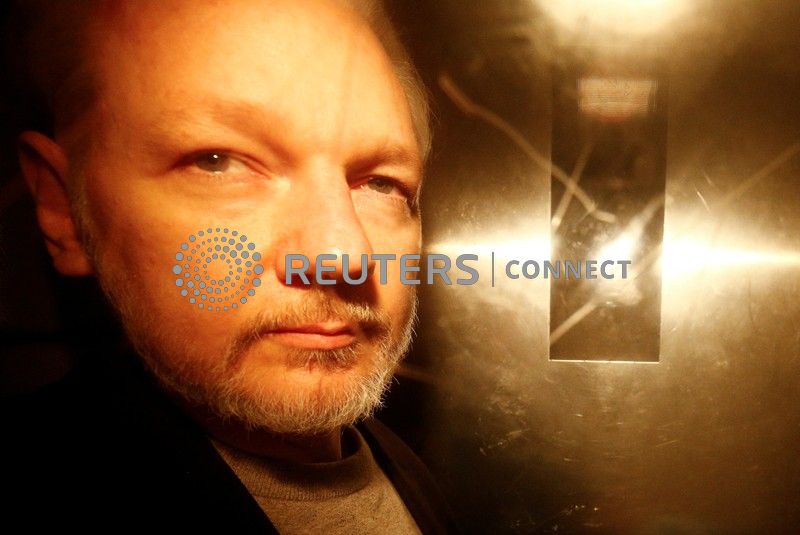 STOCKHOLM (Reuters) – A Swedish prosecutor dropped a rape investigation against WikiLeaks founder Julian Assange, ending the near decade-old case that had sent the anti-secrecy campaigner into hiding in London’s Ecuadorian embassy to avoid extradition.

Although the prosecutor’s decision can be appealed, it probably closes the case, which was launched in 2010. The accuser’s lawyer said she was studying whether to appeal it.

Assange skipped bail in Britain to avoid possible extradition and took refuge in the embassy in 2012. He was dragged out by police in April this year, and is now in jail fighting extradition to the United States on computer hacking and espionage charges unveiled after he left the embassy.

While Assange was in the embassy, the statute of limitations ran out on investigating all but one of several Swedish sex crime complaints originally filed by two women. Deputy Chief Prosecutor Eva-Marie Persson reopened the remaining case after Assange left the embassy, but she said on Tuesday the passage of time meant there was not enough evidence to indict Assange.

“After conducting a comprehensive assessment of what has emerged during the course of the preliminary investigation I then make the assessment that the evidence is not strong enough to form the basis for filing an indictment,” she told a news conference. “Nine years have passed. Time is a player in this decision.”

Assange, a 48-year-old Australian, has repeatedly denied the sex crime allegations, calling them part of a plot to discredit him and secure his eventual transfer to the United States.

“Let us now focus on the threat Mr Assange has been warning about for years: the belligerent prosecution of the United States and the threat it poses to the First Amendment,” WikiLeaks editor-in-chief, Kristinn Hrafnsson, said in a statement.

Assange’s Swedish lawyer, Per Samuelson, said as far as he was aware British lawyers had not yet been able to contact Assange in jail to inform him of the Swedish decision.

Elisabet Massi Fritz, lawyer for the accuser, told Reuters in a text message that she and her client would discuss whether to request a review of the decision to drop the case. The right decision would have been to interrogate Assange in London and then charge him with rape, she said.

“After today’s decision my client needs time to process everything that has happened over these nine years in order to be able to move on with her life.”

The Australian-born Assange made global headlines in early 2010 when WikiLeaks published a classified U.S. military video showing a 2007 attack by Apache helicopters in Baghdad that killed a dozen people, including two Reuters news staff.

In 2016 it played a role in the U.S. presidential campaign, releasing documents from hacked emails of Democratic Party officials. U.S. investigators determined those emails were originally obtained by Russian hackers as part of an effort by Moscow to help elect President Donald Trump.

Admirers have hailed Assange as a hero for exposing what they describe as abuse of power by modern states and for championing free speech. Critics say he is a dangerous figure complicit in Russian efforts to undermine the West.

Even some critics of Assange say the U.S. charges against him could be troubling, since they treat publication of secrets as a crime, activity that advocates of press freedom say is essential for journalism.

The case had divided opinion in Sweden, a country with strong traditions of support for both women’s rights and media freedom. Prosecutors were criticised for letting the case drag on, while many blamed Assange for obstructing the investigation.

The decision by the Swedish prosecutor heads off a potential dilemma for the British courts which might otherwise have had to decide between competing U.S. and Swedish extradition requests.

Since leaving the embassy, Assange has served a British sentence for skipping bail. He is now being held pending his next hearing in February on the U.S. extradition request. He faces 18 criminal counts including conspiring to hack government computers and violating an espionage law.