Swamy pleads with Nadi fans ahead of next game 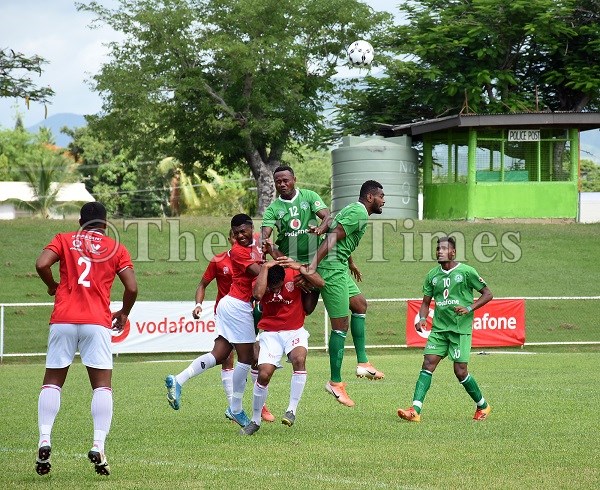 WITH Nadi football set to host Nasinu on Sunday, head coach Kamal Swamy has appealed to fans in maintaining peace and discipline at all times especially as hosts.

“They should accept the fact that the referee’s decision is final. The fans should not be showing aggression towards the match officials because these kinds of unacceptable behaviuor will deteriorate the game of football in the Nadi district.

“Please show good sportsmanship and come out in numbers to offer the much needed moral support to the team against Nasinu this week.”

Schoolteacher Swamy is working on a voluntary basis with the ‘Green Machine’ and has made a humble plea to fans of the Nadi team in light of their unruly behaviour against the appointed match officials last week against Rewa.

“The referee’s decision is final in a game of soccer whether anyone likes it or not, but violence is not the answer to any issue.”

The Korovuto College’s head of PEMAC Department will be finishing his ‘A’ licensing coaching course later in the month. He said with time and the required fitness level, the Nadi soccer team will be feared.

“It will take time to improve the team’s performance.

“I promise that by the end of the year, I will make a very good team, so within the season the fans will see good results.”

The game will start at 3pm in Nadi at Prince Charles Park.