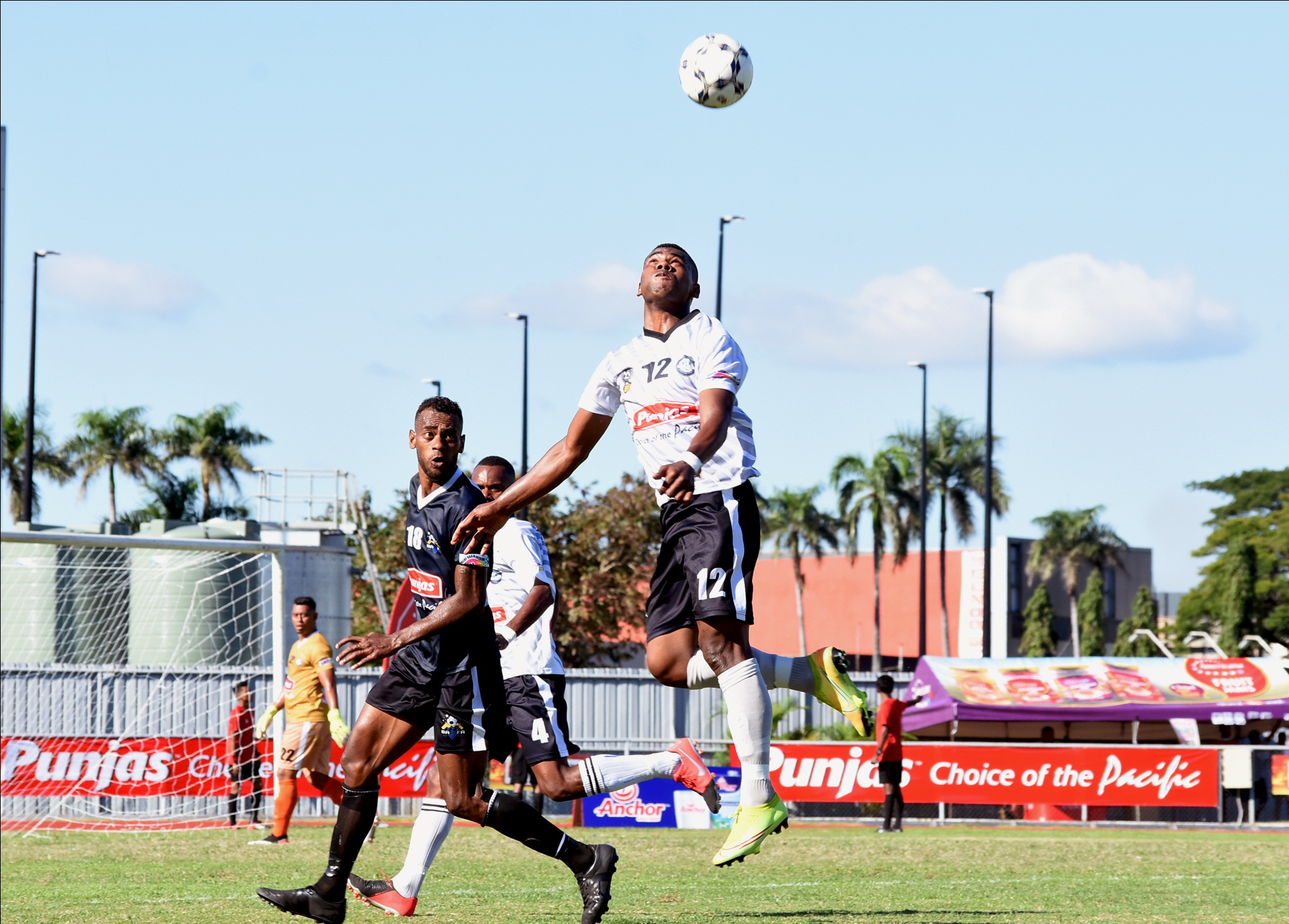 Suva's Joeli Ranitu in defence against Ba during their BOG clash at Churchill Park in Lautoka. Picture: BALJEET SINGH

The Flow Valve/Island Accommodation Suva team continued its preparations for the semi-final of the 2020 Punjas Battle of the Giants at the Fiji Football Academy grounds in Vatuwaqa yesterday.

Under the guidance of coach Babz Khan, there were no signs of fatigue as players enthusiastically continued their routines on the training pitch.

Suva’s international player Patrick Taroga from the Solomon Islands is expected to feature again this weekend with fellow international Jibola Afonja from Nigeria not named in the final squad.

The Suva side took time working on precision, finetuning manoeuvres and a refining of the basics with a sense of alertness and at the same time merriment.

Suva qualified through to the semi-final stage after beating Priceline Pharmacy Ba 1-0, a one all draw with Sharma’s Investment USA Labasa a after a shock 3-1 loss to giant-killers, Go Fry Nasinu.

Suva look to end its 25-year drought at the Battle of the Giants, last winning the title in 1995 after beating Navua 2-1 in the final.

Flow Valve/Island Accommodation Suva takes on All in One Builders (NZ) Nadi in the second semi-final at Churchill Park in Lautoka at 4pm.