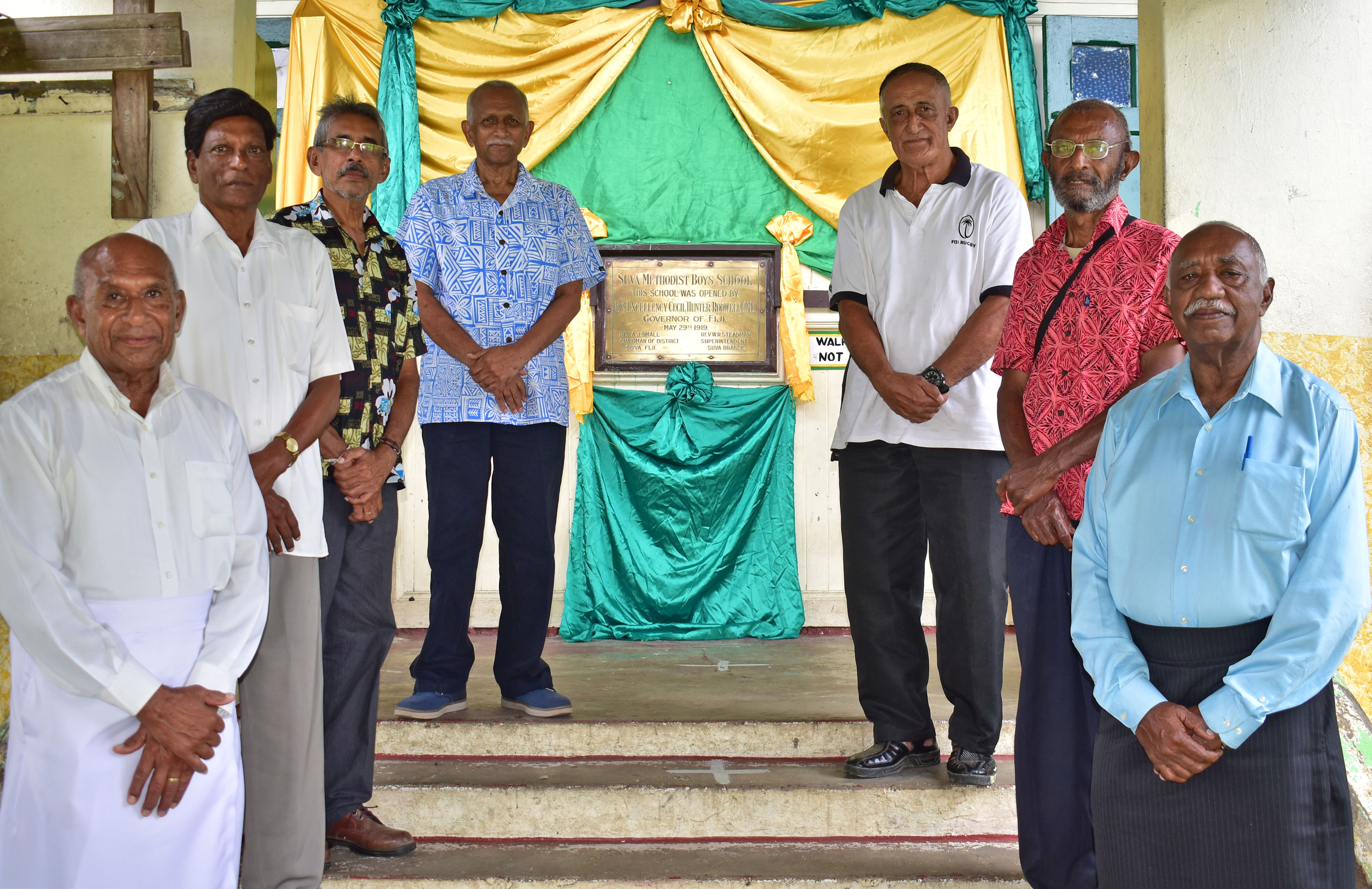 Old scholars of the Suva Methodist primary school standing in front of the 100 year old plaque as they marked a major milestone yesterday-- celebrating 100 years of the institution's existence. Picture: JOVESA NAISUA

Formerly known as Suva Methodist Boys School, it was founded on May 29, 1919.

In 1917 permission was given by the Methodist Missionary Society in Australia for a piece of land to be bought and a school built.

The Rev Steadman was the first headteacher.

The new school was opened by the then Governor General Cecil Hunter Rodwell.

Former speaker of Parliament and Health Minister Pita Nacuva, who attended the school between 1951 to 1958, said discipline enforced at the school shaped him into the person he had become now.

“Apart from the academic aspect of it, the overall value of what I learnt from the school that has made us really what we are today,” he said.

“As you enter the premises you will see a big board with a saying, ‘Enter to learn’.

“As you enter the school you will have that mentality that you are here to learn and as you exit, it says behind the board, ‘Go forth to serve’.

“For eight years as we enter the school and as we leave, we believed that the school motto was close to the gospel of Jesus, go forth and serve.”