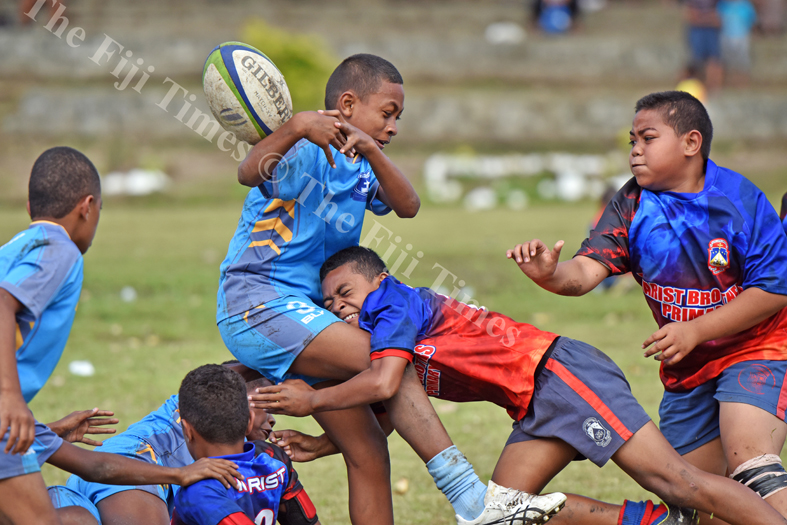 Ronald Tom of John Wesley Primary School losses the ball in a tackle from the Marist Suva Street primary during the Suva Kaji rugby at Gospel grounds. Picture: RAMA

INOKE Tabualevu is a nine year-old Vatuwaqa Primary School rugger who looks forward to wear his number nine jersey for Suva in the Vodafone Kaji Rugby divisional competition in August.

Last year the youngster played for Suva and successfully his team won the fi nal. He plays in the U9 team now.

The Baidamudamu Village lad from Kadavu wants to be a police offi cer and professional rugby player when he grows up.

“I want to be a rugby star like Jerry Tuwai in the future and I also want to be a police offi cer because I can play for the Police team in the Sukuna Bowl,” said Tabualevu.

“I love watching Super Rugby and the Fiji 7s team.”

He was part of the Suva students who were selected to be part of the U9-U13 trials at the Marcellin Primary School grounds at Vatuwaqa, Suva yesterday.