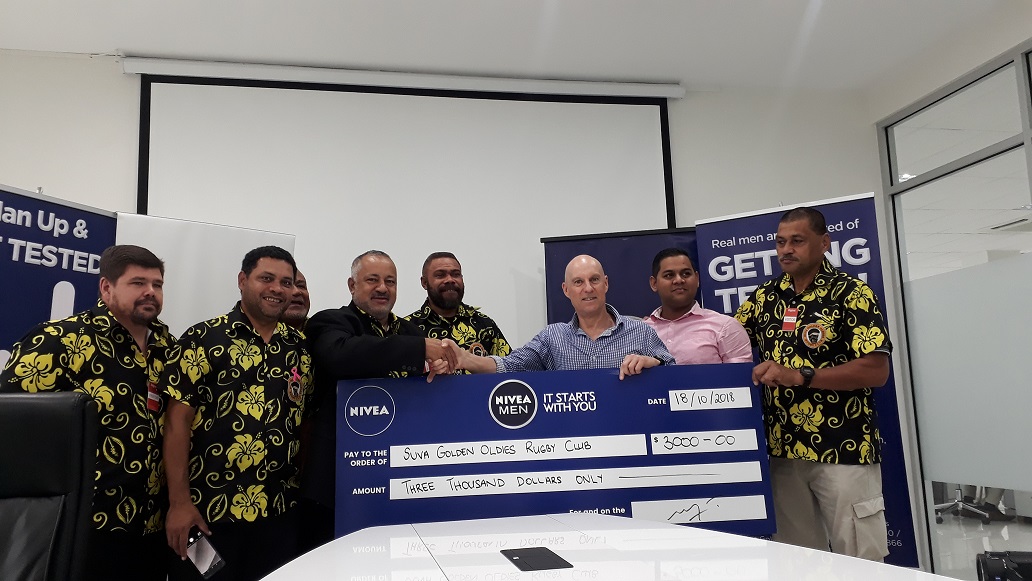 SUVA Golden Oldies Rugby club (SGORC) received a boost of $3000 towards their support on the awareness of prostate cancer among men from Beiersdorf, a company manufacturer of Nivea at the Digicel House in Nabua, Suva.

The sponsorship amount will go towards helping the club pay for prostate cancer testing, assisting in awareness programs and hosting of oldies tournaments.

SGORC president Mason Smith said they were thankful to Nivea for jumping on board and helping the club for a worthy cause.

“We are very appreciative of the fact that Nivea for men has come on board to support our cause and help us in the awareness,” said Smith.

Beiersdorf Business Development manager Craig Magnusson said the company was pleased to be able to sponsor a group of individuals that were driven on fighting against prostate cancer among men.

“Prostate cancer is a deadly disease that afflicts older men and is now a number one cancer killer among men in Fiji.

“We are pleased to be able to sponsor a worthy cause in creating awareness among men in Fiji,” said Magnusson.

The sponsorship amount was generated from income sales of the Nivea for men products sold this year in supermarkets.