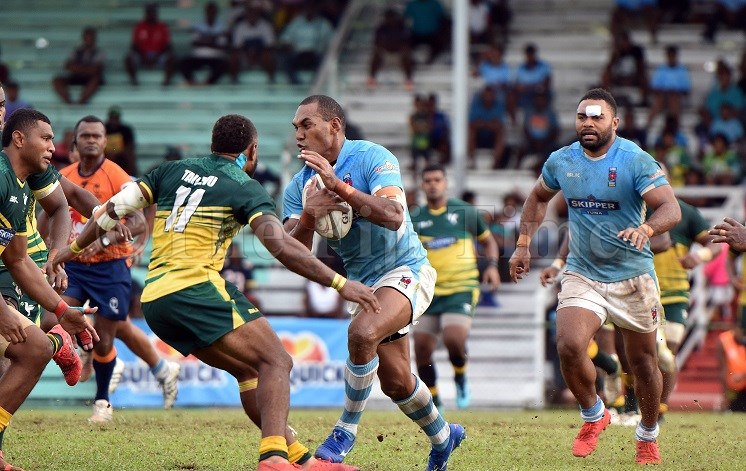 The Suva rugby team returned to winning ways yesterday at Ratu Cakobau Park in Nausori, thanks to the inability of opposition Tailevu to detect the technicalities the Capital City boys used in their Skipper Cup match yesterday.

After trailing 3-6 at halftime, the Sakaraia Labalaba-coached Blues regrouped in the second half against the spirited hosts to score the lone try of the encounter before winning 10-6.

During the match Tailevu was penalised four times for twisting the scrum. They failed to detect that Suva tighthead prop Ananaia Rabonu, during scrums, positioned his head between his opposition Noa Bula and hooker Solomoni Drotini.

This weakened Bula as Rabonu’s weight pushed him downwards, forcing him to push at an angle instead of straight. In another technicality, Tailevu was the small pack upfront compared to the tall Suva timbers.

Instead of opting for short lineout, Tailevu used long lines resulting in Suva stealing three of their throws.

The nippy and fast Tailevu players failed to run straight at their opposition, who would take time to turn. Instead they ran at angles.

This was acknowledged by both camps as Suva manager Nemani Tuifagalele said Suva would continue to play smart rugby to reach its target. “We are happy that we won against a strong, fast and determined Tailevu team,” he said.

“We stuck to the plan, played as a team and as in rugby, sometimes technicality helps in the match. It’s some of those experience that players have.”

World Rugby rules states that a tighthead prop is the cornerstone of a scrum, that is all of the angles of force come through him.

A loosehead prop is tasked with trying to isolate and get under a tighthead prop, with the intention of trying to drive him up, while a tighthead tries to either pin him down using his greater weight.

Tailevu rugby coach Samisoni Baikeitoga acknowledged that they were weak against the Capital City side which pushed them back in mauls and scrums in most of the second spell.

“That is what we are going to work on before facing Rewa next week,” he said. “We failed to control the tempo and Suva played as the Suva of old which capitalised on our mistakes.”

Tuifagalele and Baikeitoga said they would improve in the remaining rounds to get into the top four teams to be in the semi-finals.

“Our course is to host a home semi-final, but first we have to get into the top four,” Tuifagalele said.

Meanhwhile, Suva’s Jone Manu recorded the first points with his penalty in the 15th minute.

His opposition Jone Vota nailed two as the half continues to see Tailevu 6-3 Suva at the break. Suva scored the lone try in the 50th minute after swinning wide from a scrum 10 metres from the tryline.

The converted try saw them victorious 10-6.