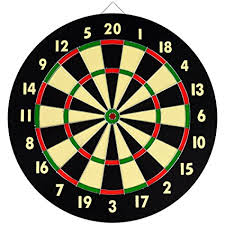 THE Williams and Goslings Suva Darts Open Teams competition continued into its second round of competition on Monday at the Defence Club in Suva.

Suva Darts Association official Salendra Singh said the tournament had been running smoothly since the first round as the games momentum build up.

“There have been tough competitions between the teams which is a positive indication in the development of the sport,” said Singh.

Merchant shooters are leading in Pool one with six points after winning their second game against Kings Darts 9-2.

Also in pool one, Speedwig bounced back to beat Talasiga 6-4.

Meanwhile, in pool two, Friends United are leading in the pool after beating Traps 10-1 and 3D’s still stay in contention to qualify for the cup semifinals beating Basic Darts 7-4.

The next round of games will be played on Monday night at the Defence Club.

Next round of games draws:

Make use of the new market, Bainimarama urges