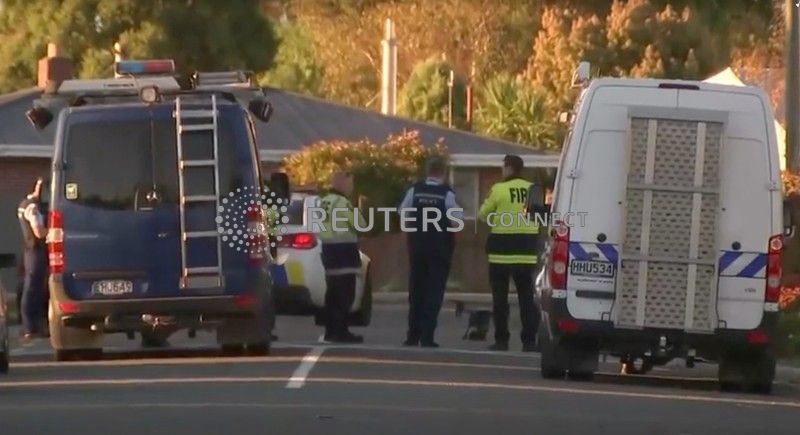 Police officers and vehicles are seen behind police cordon, in Christchurch, New Zealand in this still image taken from video April 30, 2019. TVNZ via Reuters

WELLINGTON (Reuters) – New Zealand police said on Tuesday a man was arrested and bomb disposal officers found a package with a suspected explosive device at a vacant property in Christchurch, where 50 people were killed in attacks by a lone gunman on two mosques in March. Police cordoned off streets in the Phillipstown area […]