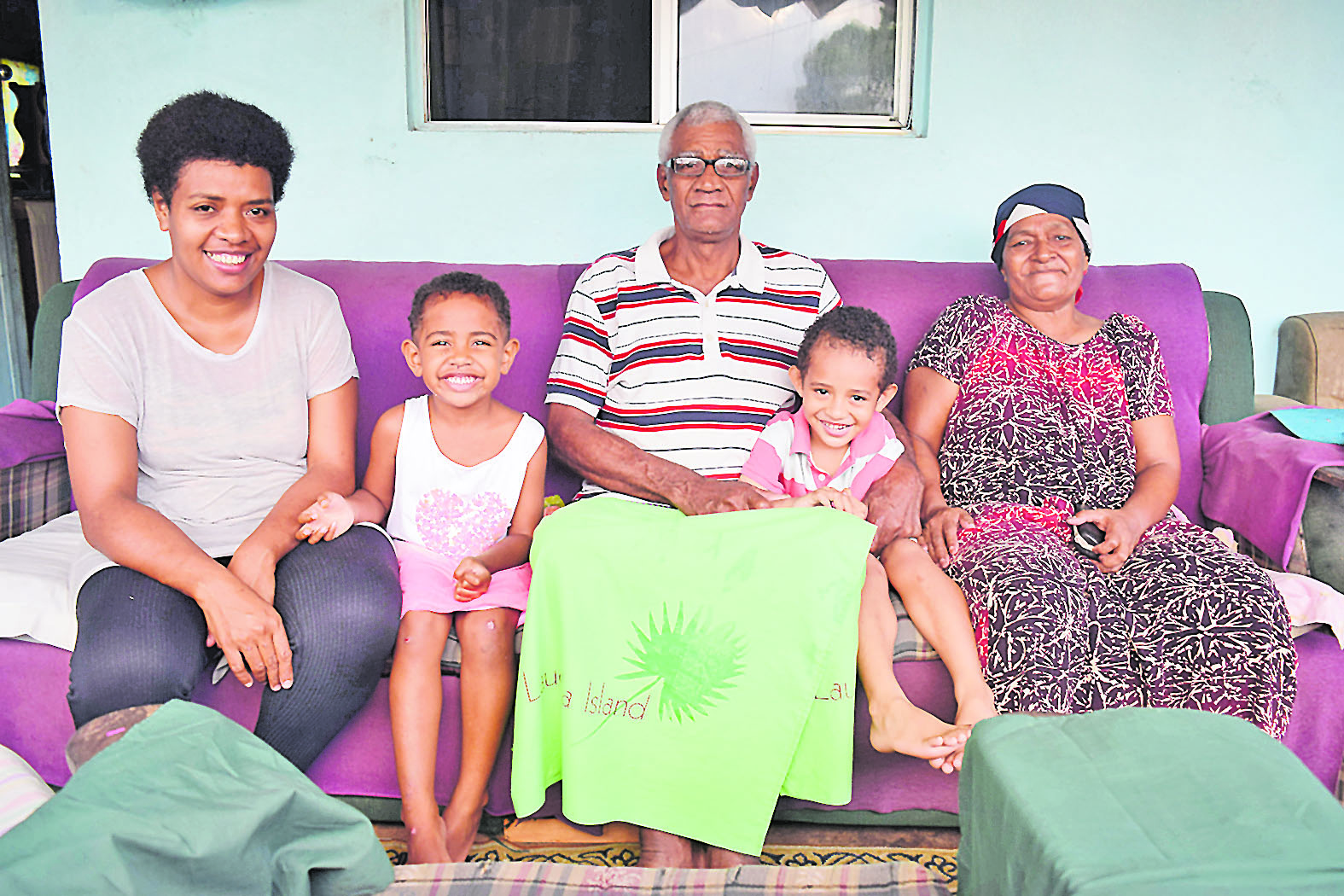 After 34 years of working, Teresia Muatabu Tokona, decided to call it a day and enjoy her retirement.

She loved her post-career rest and relaxation, especially being around her grandchildren and husband who had also retired from the Public Works Department.

But a few years ago, she was rattled by ill health. She almost died.

Then last year she noticed an unusual discharge of blood coming from her left breast.

A small boil developed and she though it was just a swelling that would go away. But when it later erupted into an open wound, she got suspicious.

In 2017, she buried her younger sister who died of breast cancer.

The probability of her also suffering the same fate started to dart in her mind. Her suspicion turned into anxiety and then to fear.

Doctors at the Valelevu Health Centre later referred her for a thorough examination by oncologist doctors at the Colonial War Memorial Hospital in Suva. She was diagnosed with stage three breast cancer and advised to undergo an operation.

Her initial reaction was one of deep fear – of getting worse, of dying and of losing loved ones.

“When the doctor made the revelation, I was overwhelmed with fright. I guess that’s how any woman would react to such an announcement,” the bubbly Teresia said during an interview at her Clifton Rd, in Kalabu, Nasinu.

“I spent a few moments in prayer and asked God to give me comfort and inner peace so I could accept the doctor’s news,” she said.

“I knew how serious breast cancer was. I had experienced it with my sister, but I trusted God and believed he would walk the journey with me. This gave me some hope.”
(For more info on cancer diagnosis visit www.mayoclinic.org )

To prepare for her operation, the 61-year-old grandmother from Vanuadina, Tokatoka in Tailevu went through four drawn out chemotherapy cycles. Each cycle was repeated after 21 days and involved a lot of things she found strange and unfamiliar.

She had to undergo counselling sessions to prepare her mentally and emotionally, as well as a number of tests, including scans and X-rays.

“One day after the first cycle, my grandson ran his hand through my hair. When he got it out I noticed my hair coming out as well. It had started to fall.”

“I was told this would happen as a result of my chemo treatment so my husband chopped off my entire head so that it could grow fresh. I was bald. I’d look into the mirror and found my new looks depressing but my husband encouraged me, saying I would get my beautiful hair back.”

These are still slowly disappearing and some can still be spotted on her fingernails.

“I was also told that no child was supposed to touch me because I was sweating out chemicals contained in the drug I was taking intravenously.”

“So we had to send our grandchildren to the village. I was fond of them so it was painful to see them go. They came back after my chemo treatment was over.”

The home had to observe new hygiene rules as a precautionary measure.

Going through unusual and drastic changes in her body was like going through uncharted territory. Luckily she had the family and medical caregiver support she needed. In no time, her breast healed and she was ready for the next stage of her treatment.
(Visit www.cancer.net to learn more about chemotherapy)

After a number of further examinations and discussions with her medical team, Teresia went under the surgeon’s scalpel on August 29, 2019.

“I will never forget the day. A lot of things went through my head. Chief among them was the thought of death. I kept thinking what would happen if I failed to ever wake up, what if I died during surgery”

“They injected my back about eight times to put me to sleep. I remember hearing the anaesthetist say Theresa the first needle is coming now,”she said.

“I prayed and recited Psalms 23 and the words of that Bible chapter gave me hope and quelled my doubts of surviving the operation.”

Most women with breast cancer undergo some type of surgery as part of their treatment. This may be done for different reasons, depending on the situation but generally, there are two main types of surgery to remove breast cancer.

It could be a breast-conserving surgery where only the part of the breast containing the cancer is removed. In this case, the goal is to remove the cancer as well as some surrounding normal tissue. How much of the breast is removed depends on the size and location of the tumour and other factors.

The operation could also be a mastectomy in which the entire breast is removed, including all of the breast tissue and sometimes other nearby tissues. There are several different types of mastectomies. Some women may also get a double mastectomy, in which both breasts are removed.

Teresia had a breast-conserving surgery on her left breast. Tissues from her right breast were used to patch up the gap left after a part of her left breast was removed.

“A few hours after the surgery I woke up in the recovery ward and wondered where I was. I was happy knowing I survived the operation and was alive to see another day.”
(Visit www.health.com for how to prepare for surgery)

Having her left breast operated on her 40th wedding anniversary year and at the age of 61 hasn’t extinguished Teresia’s bubbly personality.

And although she still experiences some side effects of her chemotherapy, she remains positive about gaining full recovery.

She said a huge part of her rehab has to do with the support she gets from her family, friends and stakeholders such as the Fiji Cancer Society.

“The support I get gives me strength and encourages me to fight breast cancer,” she said.
“After getting accustomed with hospital treatment, I had to readjust my eating habits and meal times when I came home. In fact, now I start yelling when my meals are late,” she said with laughter.

Teresia thanks Robert for giving her 100 per cent support and says life would have been different without him. She also owes a lot to her two daughters Filomena and Ana and son Robert (Jr).

“I have my meals in our bedroom three times a day. That is the type of treatment I get as a husband and I am lucky to have Teresia as my life partner. I am obliged to do everything in my power to help her, in good times and in bad times,” Robert said.

“We are all giving her the opportunity to rest and just relax. She has been told by the doctors to refrain from doing any strenuous work. Unlike before, now we have to do all home chores for her and she gets to be pampered a lot.”

Robert said his wife’s journey has brought unity within their close families.

Teresia agrees that being around survivors gives her courage and optimism. She likes to learn about what other women with breast cancers are going through and their unique stories.

“I have been attending a lot of breast cancer awareness gatherings and I feel good about meeting other women. They make me feel I am not alone in my journey. We are one team and we are surviving and fighting together.”
Teresia’s advice to other women who are struggling with their health or afraid to seek help is “do not have fear in you, have courage and hope instead. It is not the end of the road.

“If you have pain, abnormal growth or experience a lump in your breast or if you notice a discharge coming out of your breast, do not hesitate to see the doctor. Talk to someone you can trust about it.”

“Nurses and doctors who take care of cancers are very hospitable. They are always smiling and just being with them can be very comforting. You will have a sense of hope.”

“I lost a sister who had fear in her. She chose not to go to the hospital. She didn’t want an operation. In the end she passed on without seeing her daughter finish school, find a job and get married. She missed all those. I choose not to be like her. I choose to survive and so should you.”