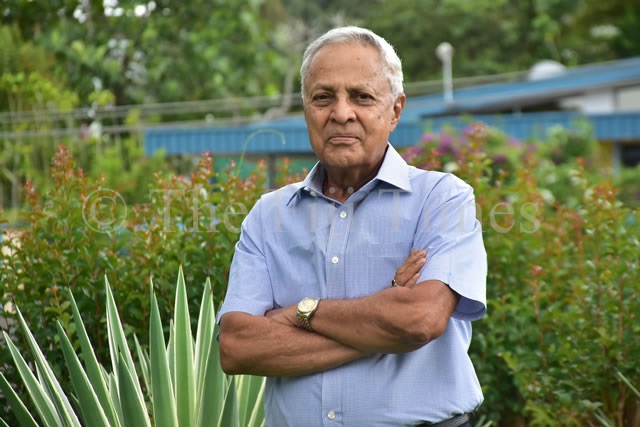 He made this comment in response to the Global Corruption Barometer Pacific 2021 released by Transparency International (TI), based on data compiled by Tebbutt Research.

He said it was no surprise that a recent poll showed that the majority of the people believed there were high levels of corruption in government and the business sector.

“What else can one expect when the FijiFirst Government refuses to enact constitutionally mandated legislation intended to curb corruption in high public office,” Mr Chaudhry said.

“Section 149 of the imposed 2013 Constitution calls for a Code of Conduct for the President, Speaker, Prime Minister and other government ministers, members of Parliament and other high public officeholders.

“Likewise, Section 150 mandates the enactment of a Freedom of Information legislation to give members of the public the right to access official information and Government documents.

“Section 121 calls for an independent Accountability and Transparency Commission with the jurisdiction, authority and powers to receive and investigate complaints against all persons holding a public office.

“Yet, in the past eight years, the Government has ignored repeated calls to enact these laws to curb corruption in high public office and the business sector.

“What conclusions can be drawn from its failure to do so? If it were genuinely interested in tackling corrupt practices, it would have introduced these measures long ago.”

He said another reason for high levels of corruption in public office was the worrying lack of accountability and transparency in the government’s handling of public funds.

“We have received reports from several companies to say that they have stopped bidding for public tenders because of the lack of transparency in the handling of contracts.”

He said the appointment of executives of large businesses to the boards of government commercial companies or statutory authorities, in situations of conflict of interest was also of serious concern.

“Indeed, some big wigs in government are seen to be too close to top guns in the corporate sector.

“It is no wonder that more than two-thirds of our people believe corruption is high in government circles.”