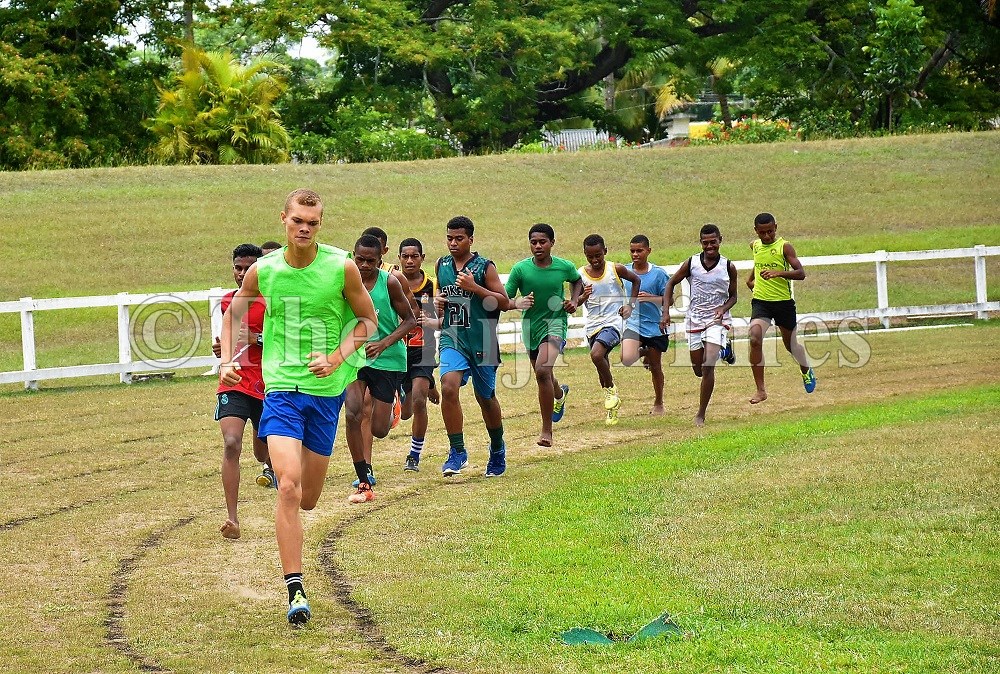 LAST year’s Coca-Cola Games unearthed some surprising results and one of the surprises was from Sigatoka Methodist College gold medallist in the 1500 metres in the sub junior boys Sefanaia Tokaduadua.

The Naduri Village lad from Nadroga was the shortest athlete in the finals, however he scooped gold with an interesting story about his struggle.

Yesterday this newspaper met the 15-year old during their school inter-house competition and surprisingly his story of racing vehicles to the hilltop at Nacocolevu in the interior of Sigatoka Town remains his training routine this year.

“I sometimes walk from town to my village which is about five kilometres and when I reach the Nacocolevu Hill, I always wait for a bus or carrier and race it to the hilltop.

“Last year I used to get off the bus and race the bus to the top and this year I am training from town at most times and I know some find it funny, but it helped me win gold last year and it’s all about sacrifice and determination,” said Tokaduadua.

The outspoken athlete aims to secure the 1500m and 300m events in the zone meet so he could focus on the two events at the Fiji Finals.

“My goal this year is to win two gold medals in the 1500 and 3000 metres, but that depends on how I manage my events at the zone meet,” he said.

Meanwhile Tokaduadua tried other events such as the 200m and he scooped silver and 800m where he won gold.