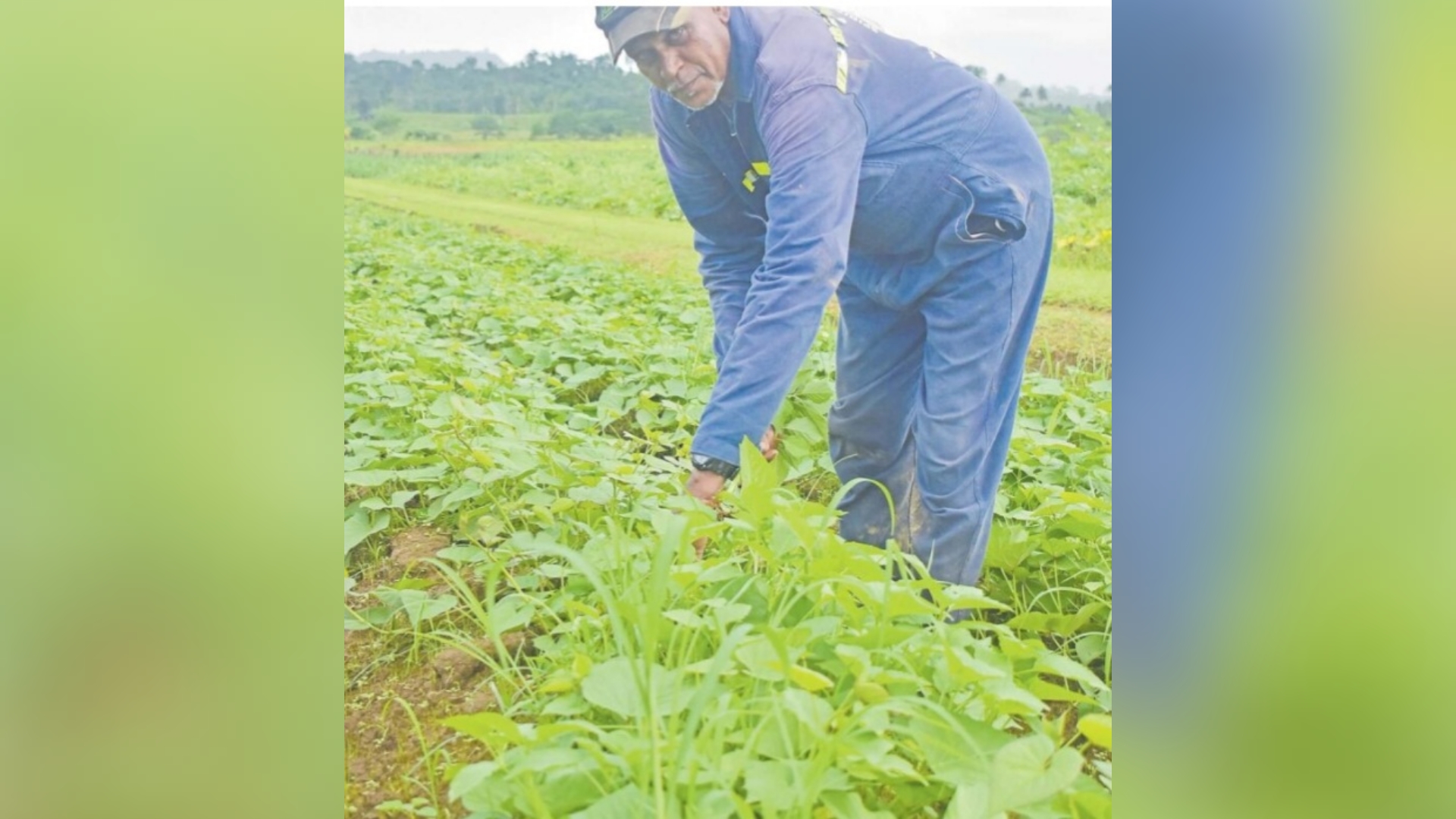 At 60, when you’d expect many his age to be enjoying retirement, Sur Sen, still loves to get his hands dirty and shows no sign of slowing down.

Apart from his family, farming has been his life and is the one thing that makes him truly happy, physically strong and mentally healthy.

The grandfather-of-six is one of the many full-time farmers living off the land in the farming community of Muainaweni in Naitasiri. He is the second youngest son in a family of five brothers and was always close to his parents.

His did not go far in school because he had to drop out of Year 10 at Vunicibicibi Junior Secondary School in order to help his sickly father at home and on the farm.

He was struck with tragedy after only a week at home when his father passed away.

“But I was lucky that my father willed both his land and house to me,” Mr Sen said. That was in 1978 — since then the sexagenarian has never looked back.

He said it was an honour to take up farming in an effort to help his family in their education and work.

Mr Sen halved the 30-acre inheritance he got from his father, so that one of his brothers and his family could also farm and earn a livelihood on it.

Being the talkative and happy person that he is, he shared candid memories of how he proposed to his wife.

“I wanted to get married, so I decided to find a woman who loved farming as much as I do.

“So, I began asking and looking around. I got a man in our community to help me look for a woman who loved farming and he managed to find one in Lomaivuna.

“I married her after I found out she was from the Garden Island of Taveuni.”

Mr Sen never regretted his choice and settled down in Muainaweni, where they enjoy the peace and quiet of nature that abounds in the rural area.

“My wife loves the simple farm life and spends most of her time working on it to make it beautiful and clean.”

They have three daughters and a son, and six grandchildren. Like all farmers in Muainaweni, the COVID-19 pandemic and the lockdown it brought was tough on Mr Sen.

With the Sawani border closed, he couldn’t get to Nausori Town to buy groceries.

“Even when we harvested our crops, it was hard because the selling price was low and we couldn’t reject the price offered by Agro Marketing, otherwise all our dalo crop would have rotted in the field.”

Mr Sen said farming needed a good and consistent supply of clean drinking water. This was what was lacking in Muaniweni. “Here in Muainaweni, water has been our main problem since my father settled here. We continue to face the same issue.”

He said they relied heavily on rain water but the tanks supplied to them were not durable enough.

“I would like to seek help from government to help us with water because this area is a vegetable producing area that supplies produce to the Suva and Nausori market as well as exports.”

Despite the water supply problem, Mr Sen said he would not like to swap farming in Muainaweni for another job.

“Farm life is good. I am able to eat lots of fresh food, stay healthy and live long with my family,” he said.