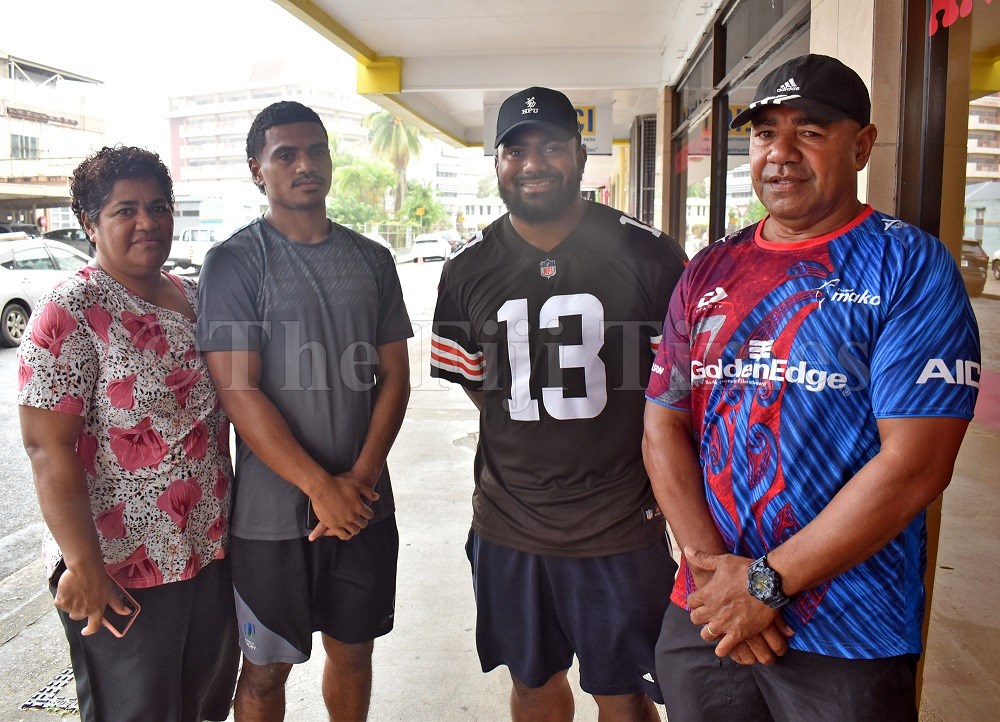 Mesulame Dolokoto has played for the Glasgow Warriors in Scotland, trained with the Brumbies and represented the Fijian Drua.

And being named in the Flying Fijians squad for the upcoming Pacific Nations Cup will add another feather in the hulking hooker’s already illustrious cap.

Not bad for a Koroivonu, Tunuloa, Cakaudrove native who grew up in the “school of hard knocks” streets of Kinoya. Dolokoto credited all his success to the support of his family.

He never let peer pressure from childhood friends dictate his decision-making. And the sage advice of his father Kalisito has been the driving force in shaping his rugby career.

He was named by coach Vern Cotter for the Pacific Nations Cup competition to be held in Fiji from July 7.

Dolokoto’s journey from relative obscurity to Super Rugby Pacific was testament to his commitment and passion for the oval ball sport. 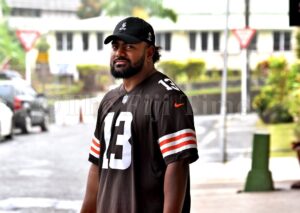 “Any young boy growing up in Fiji, who gets into rugby from a young age, will always dream to one day play for a national team — whether it’s Fiji, New Zealand, Australia or France,” the 27-year-old said.

“I have learnt to carry out whatever assignment is given to me — whether to play for the Fijian Drua or the Flying Fijians team, I always give my best because that’s what I learnt from my dad.

“He always said ‘hard work and sacrifice was like a puzzle’.

“Dad always told me ‘do your job in the small things and your selection into the big teams will just fall into place’.

“Whether it’s training or house chores or playing —always give it your best.” Dolokoto’s first sojourn into the sport was with the QVS Old Boys Rugby Club.

“While I was playing for the Breakthrough Rugby Club, I was scouted for the Suva Rugby Union main team in the Skipper Cup.

“It all went up from there and all credit to God and my parents for their guidance.”

Dolokoto represented the Fijian Drua in the 2018 National Rugby Championship and played for the Boroughmuir Bears in the Super 6 in 2020.

He was part of Fijian Latui and Fiji Warriors and signed with Fijian Drua the Super Rugby Pacific competition this year.

He made his Flying Fijians debut in 2018 and was part of the national team to the 2019 Rugby World Cup.