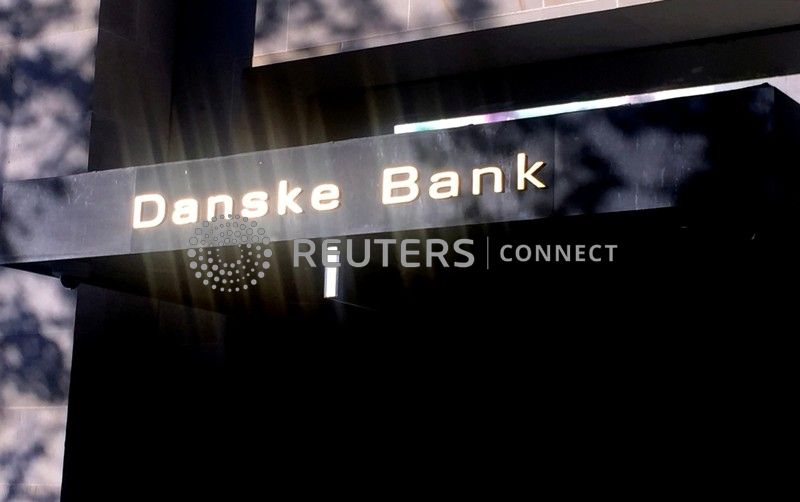 BRUSSELS (Reuters) – Russia’s Central Bank sent warnings in 2007 and 2013 to Estonian and Danish financial supervisors over suspect transactions worth billion of dollars at the Estonian branch of Danske Bank but they were largely ignored, a confidential EU document shows.

The EU paper, seen by Reuters, is the outcome of an investigation by the European Banking Authority (EBA) and details for the first time the extent of supervisory shortcomings in the two countries over the Danske case.

The EBA investigation followed the disclosure last year of a money-laundering scandal at Danske Bank, Denmark’s largest bank, which has admitted that 200 billion euros of suspicious transactions flowed through its Estonian branch between 2007 and 2015.

The EBA document cites internal communications between the Russian Central Bank and the Estonian and Danish supervisors in which Moscow warned of money laundering risks and tax evasion linked to payments to clients of the Estonian branch of Danske Bank.

The EBA document showed that regulators did not take sufficient action to address risks after the Russian warnings, in what the EBA said was a breach of EU rules.

Earlier this month, the EU’s national banking supervisors, who control the EBA, rejected the watchdog’s proposal on the rule breach and effectively blocked further action against the Estonian and Danish regulators.

The two regulators from Estonia and Denmark and the Russian Central Bank did not respond to Reuters requests for a comment. The EBA declined to comment.

In a letter to the Commission dated April 26, the EBA said national supervisors acknowledged failings in Estonian and Danish financial supervision but they did not consider them to mean EU law had been broken.

EU lawmaker Sven Giegold, who sits on the EU parliament’s committee on financial crime, said in a letter to the EU Commission that the EU executive should start legal proceedings against Denmark and Estonia for their flaws in applying EU laws.

“The case of the Danske Bank is not closed for us, regardless of the decision of EBA,” EU justice commissioner Vera Jourova said in a statement, without elaborating on whether Brussels will open a legal procedure on this case.

Danske Bank lowered its outlook for 2019 after a disappointing first quarter, due in part to the effects of the impact of the scandal.

The EBA document showed that a few months after Danske Bank had acquired Finland’s Sampo Bank and its Estonian business in February 2007, the Russian Central Bank sent a warning to the Danish and Estonia authorities.

In a letter dated June 8, 2007, the Russian Central Bank alleged that “clients of Sampo Bank permanently participate in financial transactions of doubtful origin” worth billions of rubles monthly.

The Central Bank’s letter alleged that Sampo’s clients resided mostly in offshore jurisdictions, including the British Virgin Islands and Britain, noting these clients were receiving transfers from Russian shell companies that were not justified by real exchanges of goods or services and were instead likely concealing tax evasion and money laundering.

The EBA document said neither the Estonian nor the Danish authorities properly followed up on the Russian warning.

The EBA document also said that two years after the Russian warning, the Estonian regulator said Danske had adopted measures “in line with the highest international standards.”

But problems at the Estonian branch of the bank continued, according to the EBA document.

The EBA cited a second letter to the Estonia supervisor from the Russian Central Bank sent in February 2013 which alleged that Danske’s branch in the country had executed transactions to accounts of non-resident clients meant “to launder proceeds of crime from Russia.”

This letter alleged the suspicious transactions amounted to more than $3 billion in 2011 and 2012 alone.

The EBA document, citing this second warning from Russia, concluded that the Estonian and Danish supervisors did nothing meaningful to immediately address the situation.

The EBA document found that the two national watchdogs were in breach of their EU obligations for the period between 2007 and 2014.

In that period the two regulators had the opportunity to address risks but “despite identifiable risk indicators, they did not cooperate with each other to do so effectively, nor did they take appropriate supervisory action separately,” the draft EBA report said.

The authorities changed tack from 2015, EBA said, which led to the disclosure by Danske Bank last year of alleged money-laundering activities at its Estonian branch between 2007 and 2015.