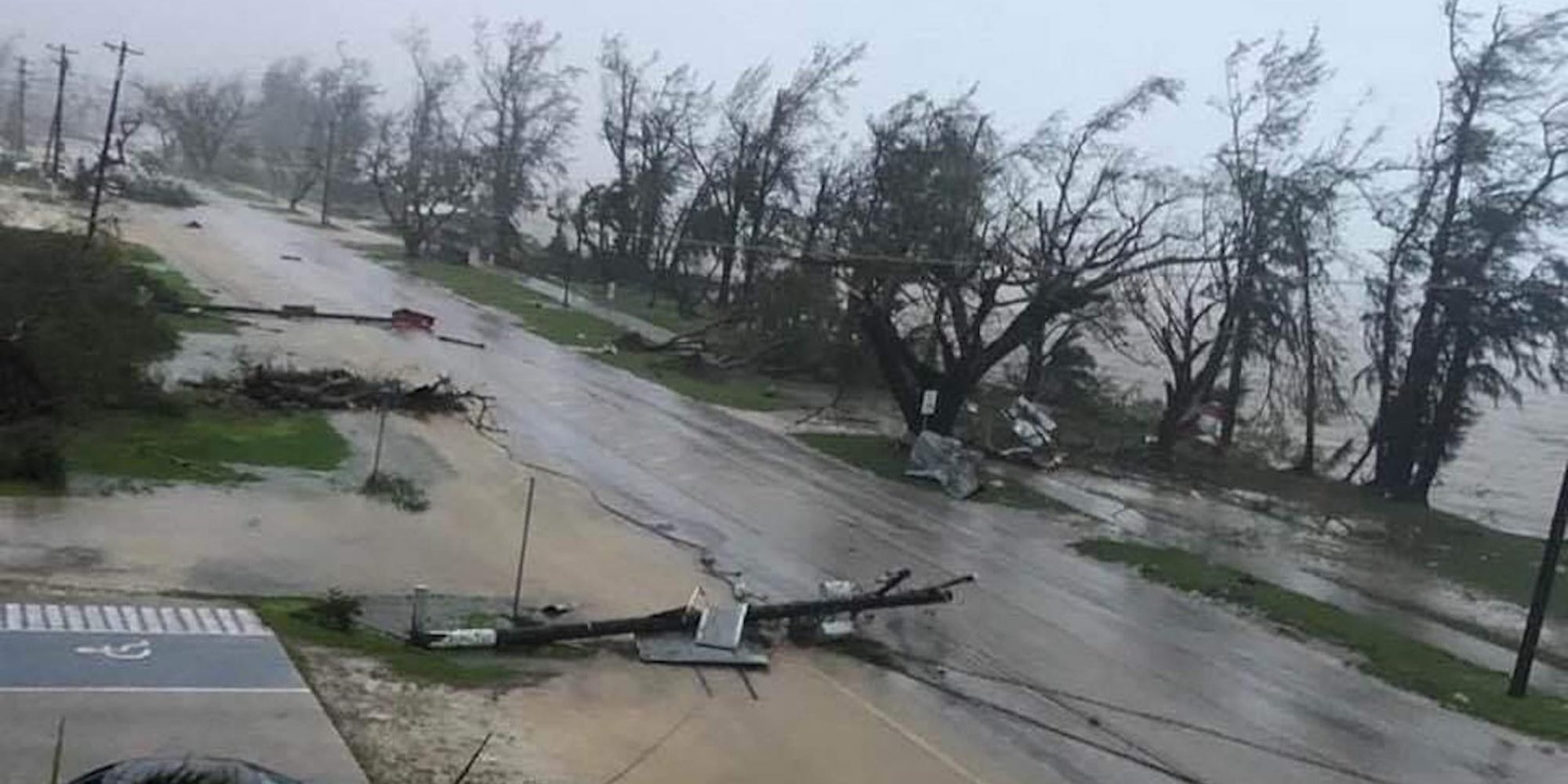 SAIPAN, 26 OCTOBER 2018 (GUAM DAILY POST) -The CNMI government has confirmed one fatality due to the passing of Supertyphoon Yutu early Thursday morning.

The first typhoon recovery update issued by the CNMI governor’s office reports that a 44 year old local woman who sought shelter in an abandoned building in Chalan Kanoa died after a wall of the structure collapsed on her. She was pronounced dead on arrival at the Commonwealth Health Center.  Her name has not been released.

CNMI Governor Ralph Torres also reporting that, there were no flight operations in or out of the Saipan International Airport “due to significant damage in both the international and commuter terminals.”

The Port of Saipan is also closed. The U.S. Coast Guard has closed the port until further notice. “There will be no movement in and out of the Port,” according to the statement

All government offices in saipan remain closed until further notice by order of the governor. several government departments and agencies have reported both major and minor damage to public infrastructure and facilities.

The Commonwealth Utilities Corporation reports  200 to 300 downed power poles, 400 to 500 leaning power poles, and significantly large number of downed transformers and conductors on Saipan and Tinian.

The CUC has asked the Federal Emergency Management Agency for 700 to 800 power poles, transformers, and additional materials to begin power restoration.

All shelters on Saipan and Tinian are at full capacity. There are about 840 shelterees now, and that number expects to increase as displaced residents continue to seek shelter.

Governor Torres has authorised an expedited request to FEMA for immediate humanitarian relief for displaced residents. Food, water, cots, toilet kits, tarps and temporary shelter resources are a part of that request.

They’re also working with a private sector partner on using a reverse osmosis system for distributing drinking water for residents.

These are among the images of the devastation at Saipan’s international airport after Supertyphoon Yutu slammed Saipan and nearby Tinian with wind gusts exceeding 200 mph Wednesday evening and early Thursday morning.

Clearing debris from the Saipan airport’s runway is one of the main priorities in the wake of Yutu so that emergency supplies can be flown in, said Todd Hoose, with the Federal Emergency Management Agency’s office of external affairs.

“We have Coast Guard standing by and a number of other folks that can bring supplies,” Hoose said.

Lt. j.g. Jeanette Wheatley, of Coast Guard Sector Guam, confirmed that a C-130 out of the Barbers Point Coast Guard Air Station in Hawaii was due to arrive on Guam on Thursday evening.

“It was pre-staged in Kwajalein to arrive on Guam following the storm,” Wheatley said. It is slated to fly to Saipan on Friday morning, she said, as long as the airport runway is cleared for landings.

Wheatley said this first flight is carrying primarily relief personnel. Aboard will be a salvage team, communication specialists and gear, and with support personnel for search-and-rescue capabilities.

Additional flights are planned to bring relief supplies into Saipan from Guam aboard the C-130.

FEMA’s Hoose said, “A number of our packages for a standard deployment to a disaster like this have been standing by; some were already poised in Saipan.”

There is also “a depot of emergency supplies” here on Guam, Hoose said. That includes generators, water, food and other supplies which are ready to go.

About 110 FEMA representatives are on Saipan, Tinian and Rota. Some of them have been on the island since Typhoon Mangkhut hit last month.

Hoose said FEMA was not aware of any major injuries in Saipan or Tinian, but communication with the islands has been mostly through satellite phones, and a thorough assessment has yet to take place.

The government of Guam has sent a message to the public to avoid calling Saipan and Tinian so phone lines won’t get jammed. People are urged to keep in touch through text or social media.