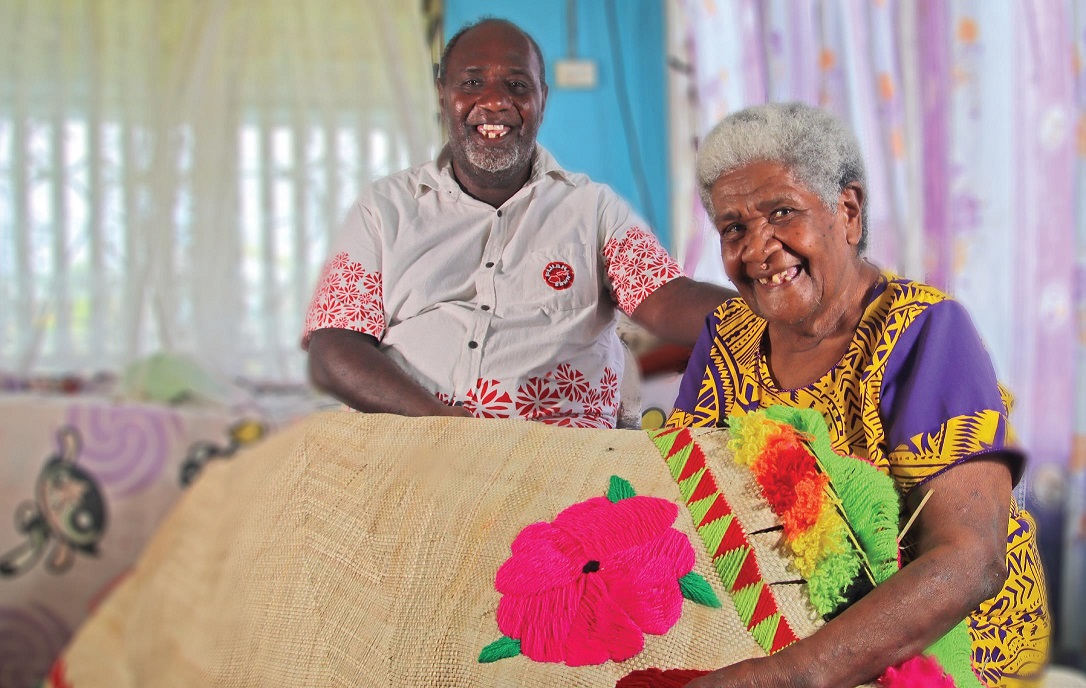 Apart from being biologically related (mother and son) they are both retired school teachers and are pensioners with the fund.

Sereana is 80 years old and her son Taione is 59 years old.

Sereana retired from teaching about 25 years ago and since then, she has survived solely on her pension which she receives monthly.

At 80 years old, and no other alternative income source, she is indebted to the decision she made upon retirement in 1996, to have some of her money set aside for pension.

It’s a decision she has never regretted and as Taione drew nearer to retirement, Sereana advised him to seriously consider a pension product to sustain him and his family during retirement.

Sereana recalls having contributed $4000 to the pension scheme at the time, and receiving $83.33 until a review of the scheme by the fund resulted in an increase in her pension to $100 a month, which she continues to receive so far.

She has received thousands of dollars more in pension over the years, than what she had initially contributed.

She cited her old age, and the inability to earn and that her pension was all the money she relied on for her daily sustenance and other needs.

Sereana shared that with her pension, she had been able to build and furnish her home, contribute to her family’s livelihood and also fund some of her favourite extra-curricular activities, like weaving.

All the materials needed to weave a mat — from the voivoi (pandanus leaves) to the brightly coloured kula (yarns) — is bought with her pension money.

“Warai tale ni dua nai lavo. Au teri qai tale i wai, se me dua tale na cakacaka au qarava, se me’u lai cakacaka tale tu i vei, na i lavo ga ni Provident Fund e rawata.” (“There is no other source of income. I don’t go out to sea anymore to get seafood or go somewhere else to work, it is only possible with the money from the Fiji National Provident Fund.”)

The retired civil servant encouraged Fijians, especially the iTaukei community, to be confident in the idea of saving for retirement with the FNPF because it will ensure their financial independence and security when they retire.

Taione – also a retired school teacher — has commended the FNPF for continuing to hold true to its promise, ensuring that pensioners like him are supported financially many years after retirement.

And the former school head says that he continues to receive his pension at the same time every month.

He said the day and amount mutually agreed upon between him and the fund had not changed over the years.

Having benefited from the fund’s withdrawal schemes for education to support his four children, he says he continues to enjoy the perks of being a member of the fund, this time around as a pensioner.

Taione commended FNPF for accommodating the needs of those that lost their jobs during the pandemic.

He said for pensioners, they were fortunate that the fund continued to disburse their money every month.

They even benefited from the COVID-19 relief for pensioners, receiving as much as $900 last year.

He said he used that money to take his wife on a holiday to Savusavu – a place they had only known as the hidden paradise in Fiji, spending three days at a resort.

Taione advised and urged members of the public, particularly his colleagues in the Fijian Teachers Association to consider the option of contributing to the retirement pension scheme for their retirement.

He said there had been a lot of negative remarks made about the fund, its financial status, which he strongly denounced. He said since the day he retired he had not had any problems with the disbursement of his pension by the fund.