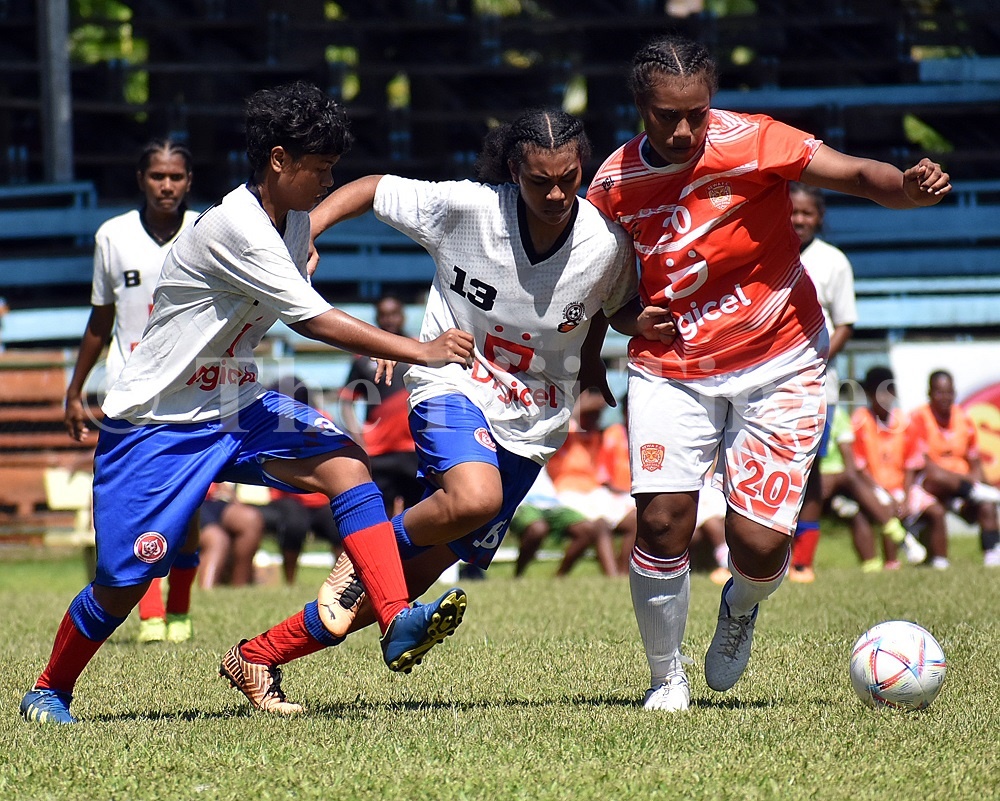 Rewa women’s goalkeeper Merevesi Fuga Ofakimalino, is a women of many hats.

Not does she only represents Rewa Women’s Football team, she also plays rugby at flanker and wad part of the Rooster Chicken Fijiana Drua side that won the Super W Competition earlier this year.

She was also part of the national squad that competed at the women’s Rugby World Cup in New Zealand last month.

“It’s been a journey, playing rugby and soccer at the same time and I have been enjoying it so far,” the mother of one said. Merevesi has been representing Rewa since the under-16 grade, eventually making it to the women’s senior team and later into the national side.

“Yes, at times I find it difficult balancing rugby, soccer and looking after my child.

“But I love both sports, so I really enjoy it.”

She had just returned from Australia after representing Fiji at the Women’s Nations Cup in time to competed in the Inter-District Championship helping her side draw 1-1 against IDC title holders Labasa.

“Though I haven’t had the time to train with the team, the girls were spectacular in how they executed their performance.”