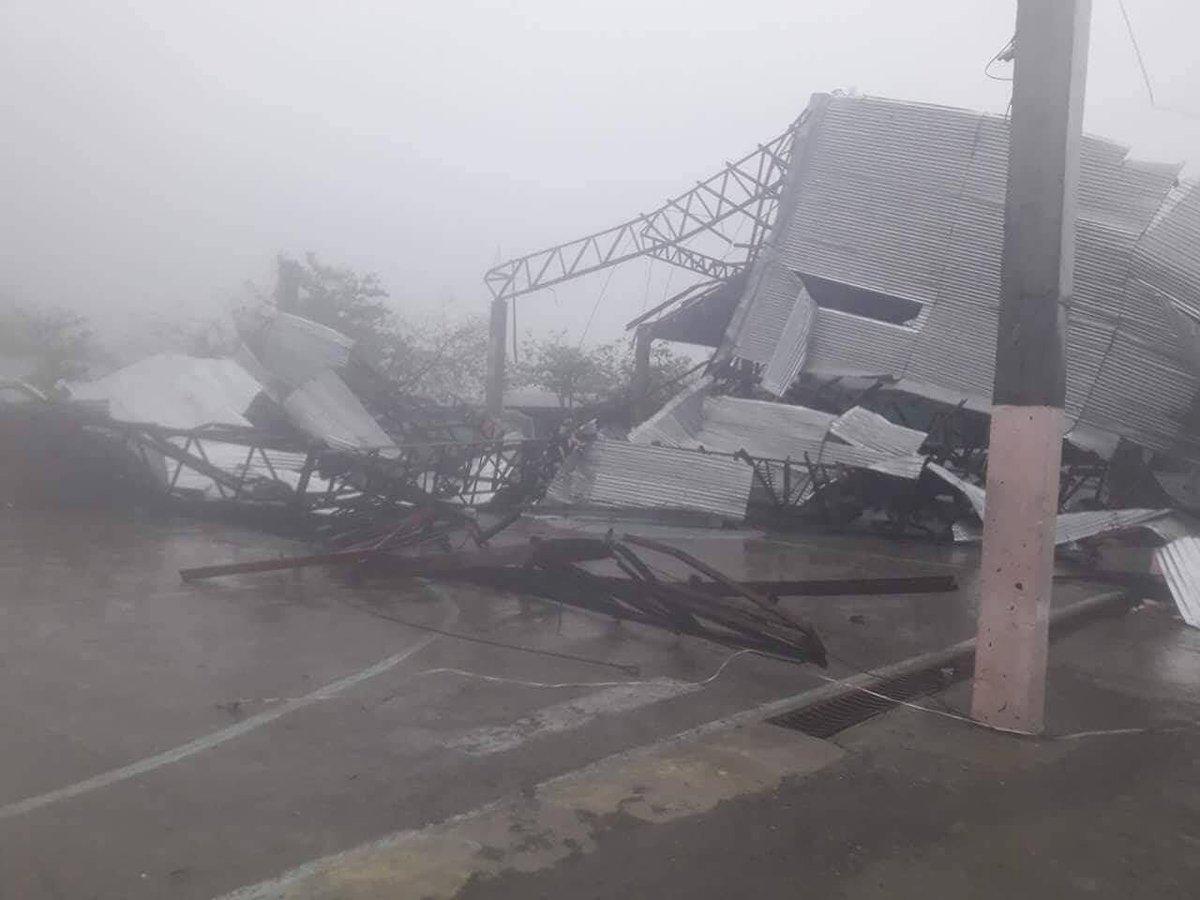 HONG KONG/MANILA (Reuters) – A super typhoon swirled towards Hong Kong and the Chinese coast on Sunday, gaining in strength over the South China Sea after hurtling through the Philippines, where it wreaked havoc that killed at least 25.

Tropical cyclone Mangkhut is considered the strongest to hit the region this year, packing gale force winds of more than 200 kph (125 mph), equivalent to a maximum Category 5 “intense hurricane” in the Atlantic.

Philippine authorities said at least 25 people were killed, including a baby and a toddler, most of them in landslides in mountainous areas that left at least 13 missing.

“The landslides happened as some residents returned to their homes after the typhoon,” disaster response coordinator Francis Tolentino said on DZMM Radio, adding that 5.7 million people had been affected and most were prepared.

“No matter how prepared we are, there is really some limitation.” [nL3N1W2017]

Mangkhut, the Thai name for Southeast Asia’s mangosteen fruit, was expected to skirt 100 km (62 miles) south of Hong Kong and veer west towards the coast of China’s southern Guangdong province, and the gaming center of Macau. [nL3N1W05TE]

“According to the present forecast track, Mangkhut will be closest to the Pearl River Delta around noontime (0200 GMT),” the Hong Kong Observatory said.

Some residents have been evacuated from low-lying areas with storm surges of up to 3.5 m (12 ft) expected.

Tens of thousands of travelers had plans disrupted after Hong Kong’s international airport, a major regional hub, canceled most flights. Airlines such as its flagship carrier, Cathay Pacific, canceled many flights last week.

Last year, typhoon Hato, one of the strongest in recent years, pummeled the region, causing nine deaths and damage in Macau, sparking criticism that authorities had not been well prepared.

This time, Macau has been cautious, with officials saying it shut casino gambling operations late on Saturday and China’s People’s Liberation Army put on standby for any disaster relief assistance.

“The suspension is for the safety of casino employees, visitors to the city, and residents,” the government of the world’s largest gambling hub said in a statement.

China has ordered about 6,000 boats to return to harbor, and evacuated thousands of offshore oil platform workers, the state news agency, Xinhua, said.
“KING OF STORMS”
The typhoon, or “King of Storms”, as Chinese media describe it, is expected to make landfall in Guangdong between Zhuhai and Wuchuan in the evening, weather officials say.

Ports, oil refineries and industrial plants in Guangdong have been shut. Power to some areas could also be reduced as a precaution, say grid operators.

The storm has fueled concern about Guangdong’s sugar output, with China sugar futures rising last week on fears for the cane crop. Guangdong produces about 1 million tonnes, or a tenth of national sugar output.

The airport in the boomtown of Shenzhen has been shut since midnight, and will be closed until 8:00 a.m. (2400 GMT) on Monday. In Guangzhou, scheduled flights between noon on Sunday and 8:00 a.m. on Monday have been canceled.

More than 400 flights have also been canceled in the neighboring island province of Hainan.

Mangkhut’s northwesterly track will bring heavy rain and winds to the autonomous region of Guangxi early on Monday, before the storm weakens into a tropical depression to reach southwestern Yunnan on Tuesday.