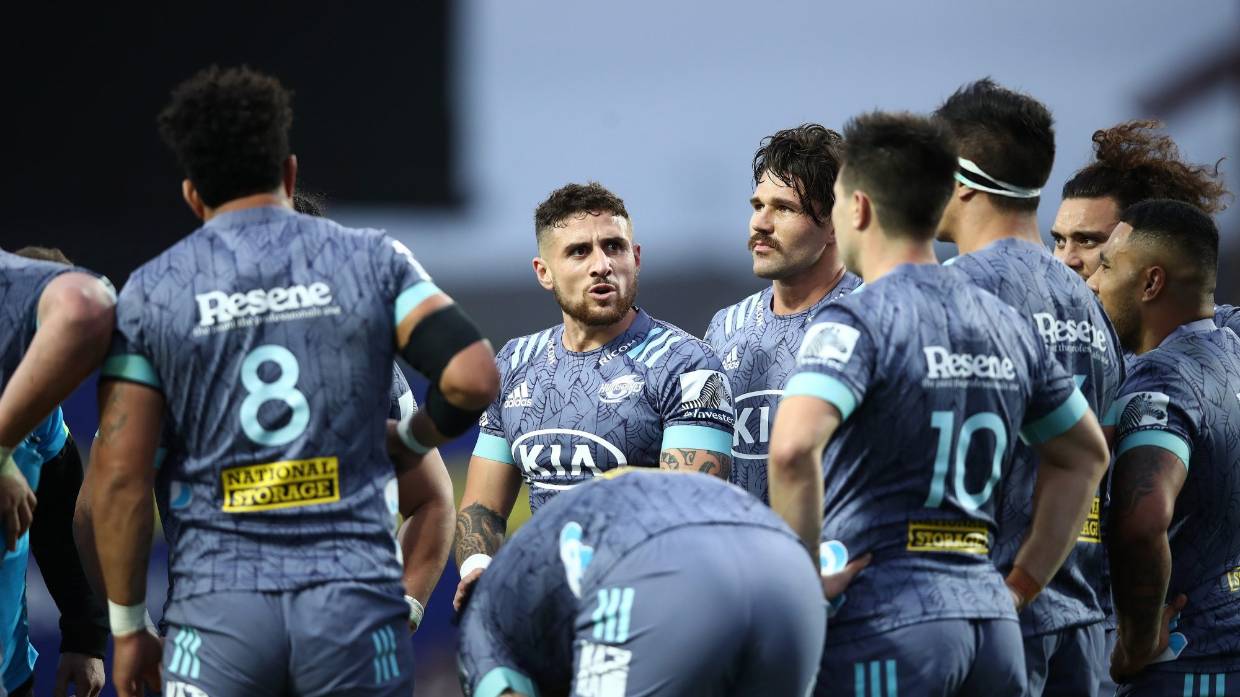 TJ Perenara stood on a (mercifully) sun-drenched Sky Stadium, cast his eyes towards the playing surface and winced a little.

The Hurricanes skipper will lead his side out against the Highlanders on Sunday (3.35pm) with his All Blacks team-mate Aaron Smith the major threat to be quelled in the blue No 9 jersey.

The country’s two top halfbacks will resume their always absorbing duel, interestingly the only returnees from the two starting lineups in the Super Rugby final five years ago in Wellington. Both sets of fans will recall it well for differing reasons: a 21-14 win to the Highlanders.

“Not great [memories]. I remember just there on the 22m is where Nug [Smith] kicked the ball out, I tried to charge him down and Gareth Evans put a shot on me and they win the game. It was a tough night and I still hear about it a bit from Sops [Lima Sopoaga],” said Perenara of his fellow Wellingtonian who helped guide the visitors to victory that night.

Since then, the Hurricanes won a title of their own and the last four clashes between the sides in Wellington, the latest a 25-22 scoreline in March last year.

On leadup form both are tough to split, too. They each have 1-2 records for Super Rugby Aotearoa against the same opponents: wins over the Chiefs and losses to the pace-setting Blues and Crusaders.

The TAB bookies rated the Hurricanes pronounced $1.46 favourites to the Highlanders’ $2.55; the match likely to be played on a dry ground with a forecast maximum of 13degC and strengthening northerlies. Wouldn’t a Wellington stadium roof be grand?

Hurricanes coach Jason Holland said of the Highlanders’ 6-2 split of forwards on the bench: “It suggests they’ll have a crack at us up front and our boys are thriving on that now. We look forward to it.”

With the Hurricanes missing hooker Dane Coles with a minor calf problem, and Asafo Aumua stepping up to the starting role, that forward battle will have a major bearing on how the respective halfbacks go.

Smith has been in wonderful form pulling the strings with his snipes and bullet pass, and Perenara’s been good too with an added dimension when shifting to first-five and allowing Jamie Booth to make a final quarter impact.

“Their team revolves around Nugget [Smith] distributing and kicking really well. It’s definitely a big part of our gameplan to make sure his night is not as easy as it has been,” Perenara said.

“We’ve played pretty good footy against them the last few times. They are a quality outfit and most games have been really close. A lot of the time we’ve found ourselves behind early on and that’s something we want to make sure doesn’t happen again.”

The massive boot of Jordie Barrett might help with that, if the Hurricanes receive penalties around the halfway line.