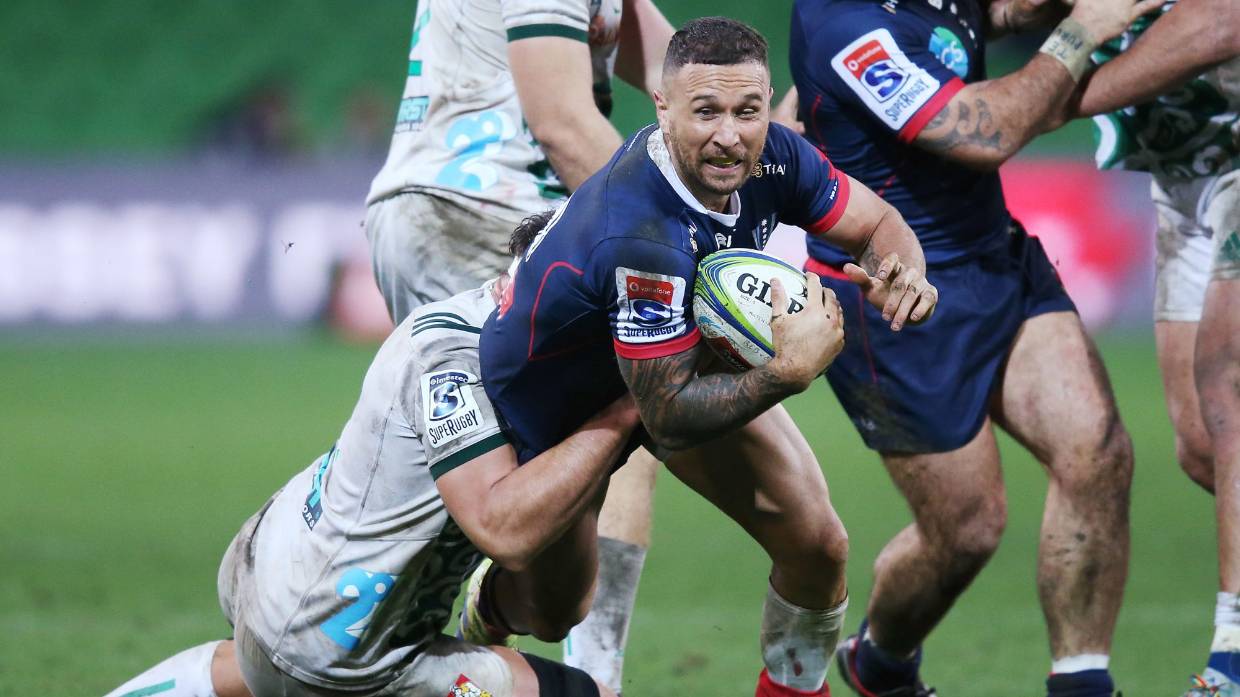 Quade Cooper of the Rebels gets tackled during a Super Rugby match against the Chiefs last year. Picture: STUFF

Chiefs first five and former All Black Aaron Cruden was among more than 100 New Zealand players returning to training today and said it was a very different scenario than prior to the Covid-19 lockdown.

“This morning we headed into HQ and we all had to sign in and have our temperature taken.

“It’s an interesting one because there’s no manual for it and everyone is trying to put the best protocols in place.

“The major thing has been around personal hygiene and just making sure that you’re cleaning surfaces, washing your hands, doing everything you can to make sure we can stay together as a team and see this season out,” he said.

There was some nervousness among the players – especially when the trainers brought out the tape measure and scales, Cruden said.

“There was fat testing straight away and all the boys immediately went ‘ooh’… but all the boys looked pretty good and it didn’t look like they’d been getting stuck into the home baking.”

Cruden will be heading overseas at the end of the 10 week Super Rugby Aotearoa competition, which kicks off next month.

The veteran of 50 tests, Cruden only returned to the Chiefs this season after an injury plagued couple of years in France.

However he was unable to say just where he would be heading.

“The club want to be the ones to announce something… and I’m happy for them to do that but I will be heading overseas again,” he said.

The lockdown gave Cruden plenty of time with his 10-month-old baby and he tried to learn to play the guitar, but that didn’t go so well.

“I got through about five or six lessons on YouTube, but I tell you what, my fingers were extremely soft and it was agony.

“Maybe I need to go to a ukulele… and then build to a guitar.”

Super Rugby Aotearoa kicks off on 13 June with the Chiefs opening match against the Highlanders.