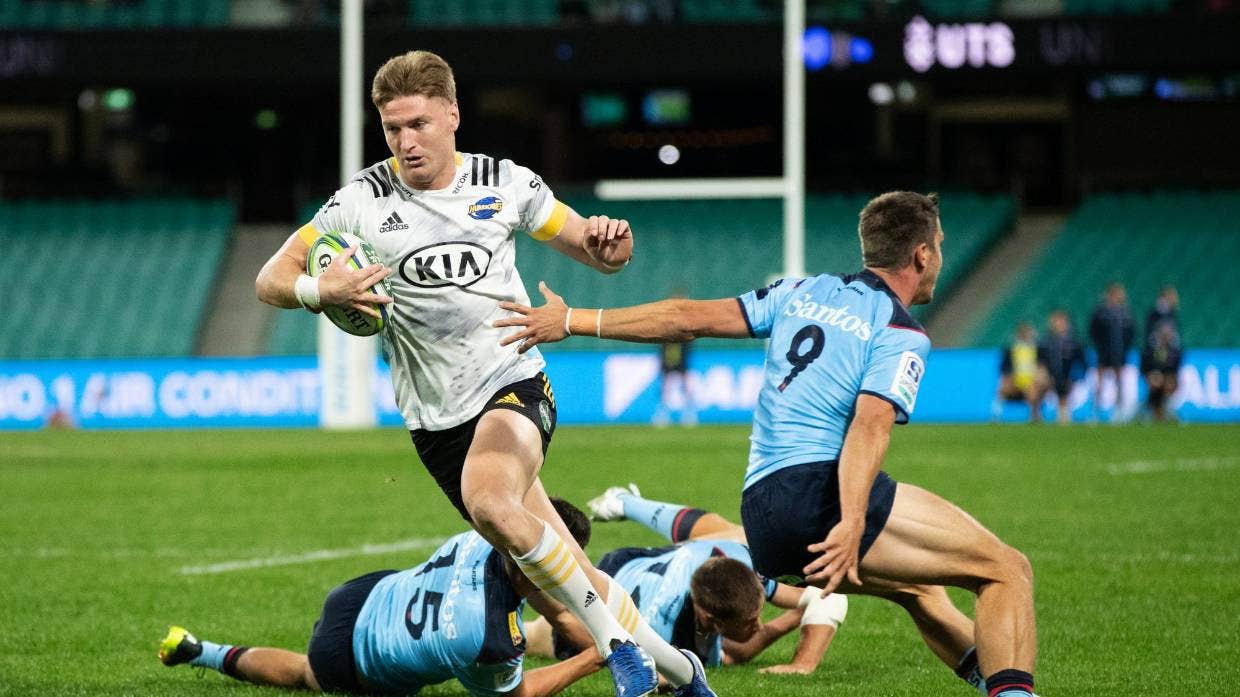 Hurricanes fullback Jordie Barrett strolls across for a try against the Waratahs. Picture: STUFF SPORTS.

Befitting one of world cricket’s most famous venues, the Hurricanes and Waratahs racked up a century on Friday night.

In a helter-skelter, mind-boggling Super Rugby Trans-Tasman opener on Australian soil, the Hurricanes powered away for a 64-48 victory with the oval ball at the Sydney Cricket Ground as defence was sometimes optional for both sides.

In a 17-try gorge, the Hurricanes scored 10 themselves, never quite able to shake off their hosts but doing enough to open their account after a bottom-placed finish at 2-6 in the Aotearoa competition.

Julian Savea and Billy Proctor each scored a double while fullback Jordie Barrett was again a massive presence, scoring a try and adding 19 points in all.

Remarkably, the Hurricanes led by just nine with 10 minutes left when Waratahs flanker Lachlan Swinton scored from a lineout, before quick tries from super subs Pepesana Patafilo and Asafo Aumua clinched it.

To complete the madness, Tahs fullback Jack Maddocks ran nearly the length of the field on the siren, not enough to avert the hosts’ ninth straight loss in 2021. Unsurprisingly, it was a record score between the sides, the 112-pointer easily topping the 80 they combined for in 2004 when the Waratahs won 49-31 next door at the Sydney Football Stadium, currently under reconstruction.

The Hurricanes will breathe a sigh of relief after some narrow defeats at home but kick themselves for some sluggish defence which ushered in soft tries and kept the contest alive against a team already down on confidence. They return home to host the Rebels next Friday.

They will also cross their fingers for a positive medical report on 20-year-old first five-eighth Ruben Love, who was stretchered off in just the third minute after lying prone with a suspected neck injury.

Host broadcaster Stan Sport reported Love was taken by ambulance to hospital, but was sitting up and talking and his vital movements were fine.

Captain Dane Coles told Stan Sport of the match: “It was a bit different, I didn’t expect that scoreline. Happy with our attack, we scored some good tries, but defence needs a bit of work. Our attack mindset flowed into our defence with some sloppy moments.