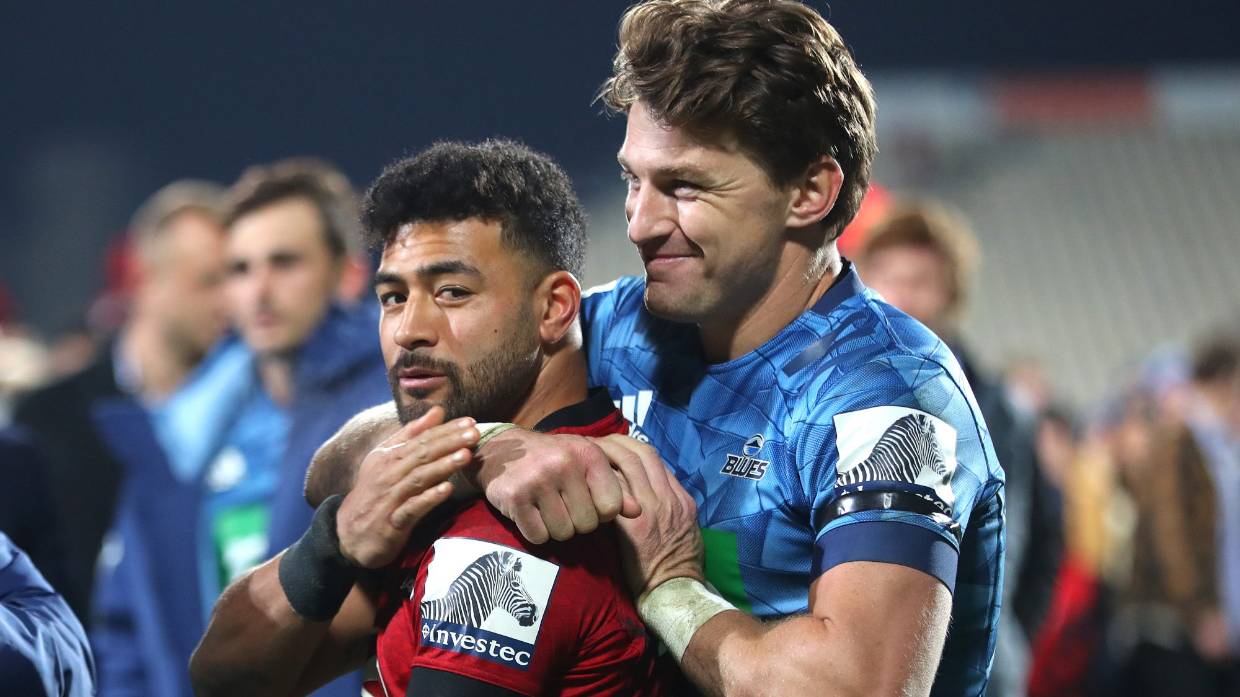 Richie Mo’unga knew he had to do something when his Crusaders were trailing the Blues by six points with a shade over 20 minutes to play.

But not even his teammates knew he was going to dribble a restart along the deck for himself to gather, before dashing deep into Blues’ territory and sparking his team’s come-from-behind win on Saturday night.

Down 15-9, having conceded a try to Blues centre Rieko Ioane, Mo’unga spotted Blues fullback Beauden Barrett was slightly deeper than he had been earlier in the game.

That was all he needed to try something he has sprung on his own team at training in the past.

’Sometimes I like to put things on myself, that was one thing I felt I could have done to change the momentum and change the way the game was going,’’ Mo’unga said.

“I had just been told Will Jordan was down, and Davie [David Havili] was down getting checked out on the in-goal. I sort of felt something had to happen.’’