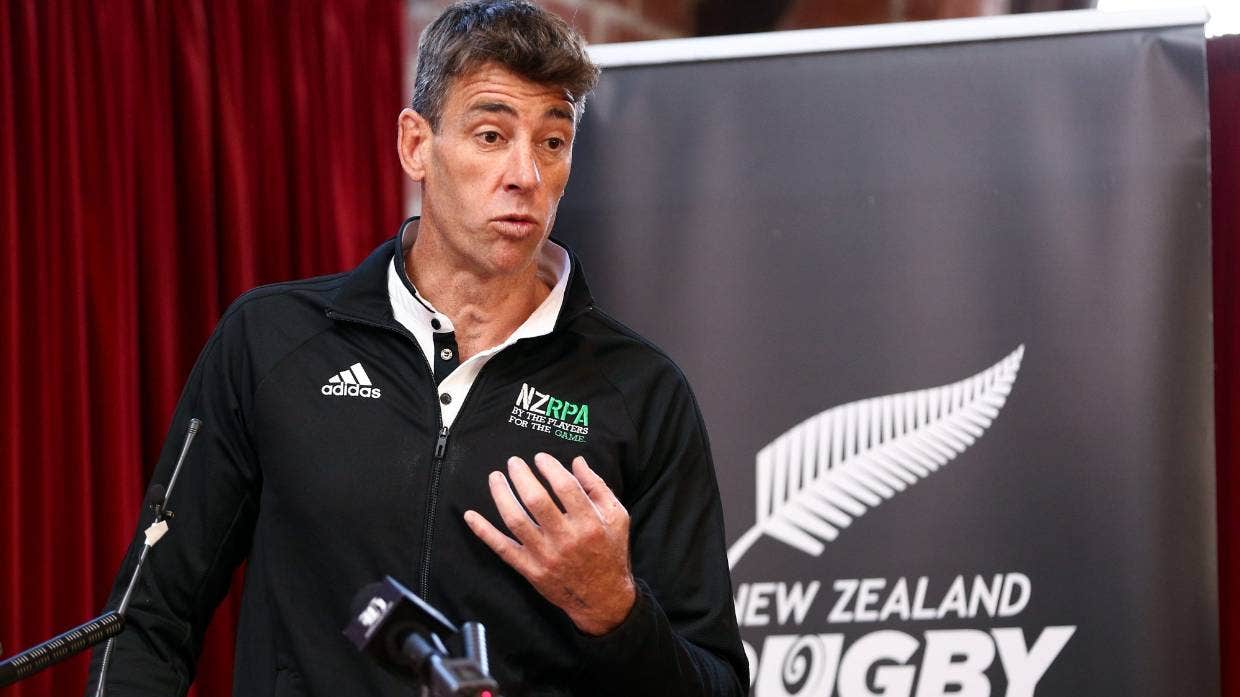 New Zealand Rugby Players Association CEO Rob Nichol says, ‘the game left Pasifika out in the southern hemisphere’ – and is determined no to let that happen again. Picture: STUFF

SUVA, 21 SEPTEMBER 2020 (STUFF NZ) – The pressure is growing on New Zealand Rugby to admit a Pasifika team into Super Rugby in 2021 after the players’ union threw its full weight behind the plan.

In an impassioned plea, New Zealand Rugby Players’ Association CEO Rob Nichol told Stuff that he was convinced there was enough playing and coaching depth to build a competitive Pasifika side in 2021, and that the islands had been “left out” by southern hemisphere rugby bosses when they formed Super Rugby 25 years ago.

“We identified some time ago this could be the opportunity to get Pasifika that opportunity at Super Rugby level,” Nichol said.

“We’ve done a lot of work and thinking in that area, with New Zealand Rugby and other partners, and we are very positive that something could happen as early as next year.The pressure is growing on New Zealand Rugby to admit a Pasifika team into Super Rugby in 2021 after the players’ union threw its full weight behind the plan.

“We’ve done a lot of work and thinking in that area, with New Zealand Rugby and other partners, and we are very positive that something could happen as early as next year.

“We’re looking forward to continuing those conversations about making that a reality, because it would bring so much.

“Sometimes we need to stop and remind ourselves of the sheer talent, the passion, the colour, the values and what it does for the Pacific communities as well.

“We want to see that thrive. I think it’s struggled for 25 years since the game went professional.

“I think the game left Pasifika out in the southern hemisphere back then.”

The drums have been beating for a Pasifika team for a long time, and NZ Rugby’s Aratipu Report highlighted a “huge desire” for the team when it was released in July.

NZ Rugby CEO Mark Robinson revealed last week that there had been eight expressions of interest for an additional Super Rugby team, and indicated a decision on 2021 could be made within the next fortnight.

Some within the game still hold reservations about whether a Pasifika side could be competitive in 2021, but Nichol brushed aside those concerns.

“Is the coach and management expertise around to make it work? Yes, it is,” Nichol said.

NZ Rugby CEO Mark Robinson has another huge decision to make on the Pasifika bid for Super Rugby inclusion.

“Is the player depth around to put a team on the field that can be competitive? We believe there is.

“Can that be pulled together in a way that can produce credible performances next year? For what it’s worth from a NZRPA perspective, yes we believe it can.

“Regardless of who the team is, it’s there.”

The lack of a Pasifika team in the southern hemisphere has meant talent has been scattered all around the globe.

Players such as Semi Radradra, Charles Piutau and Taqele Naiyaravoro are currently running rampant in England, and Nichol admitted “feelers had been put out” to Europe-based talent with a view to them returning to play in Super Rugby.

“I don’t think for 2021 you’d want to rely on that,” Nichol said. “…but if the leadership is there and it’s going to happen, you are going to see some players put their hand up.

“There are a number playing up the UK right now who might look at this and think ’you know what, if I can get home and play for that team, and there’s a future beyond 2021, then I’m ready to do that’.

“We know from feedback there is a large number of players from overseas who’d be very interested in a fully-fledged Super Rugby team that is for Pasifika, by Pasifika, and would underpin their international teams.”

NZRPA’s support for the Pasifika side is part of its broader vision for the game, Nichol said, and cautioned NZ Rugby against putting it in the ‘too hard’ basket, even though there are hurdles to clear.

“…from a NZRPA perspective we believe in the bigger picture, strategically, embracing Pasifika and bringing them in.a more formalised manner like this.

“It’s a key pillar [for NZRPA] in terms of fan engagement and community engagement in the game.

“If we come up against a brick wall, and with everyone working in partnership, and we still can’t do it, then fine, but we’ve actually got to work really hard to make it happen, and have that can-do attitude.”

Stuff reported last Sunday that a well-supported Moana Pacific bid had been submitted, while the Jerome Kaino-backed Kanaloa Hawai’i franchise and the Asia Pacific Dragons have also expressed an interest.

The Fijian Drua side has been successful in Australia’s third-tier competition, and Fiji is likely to be one of the bidders for Super Rugby in 2021.

Fiji, which submitted a failed bid for Super Rugby inclusion in 2018, is likely to retain that appetite.

However, Stuff understands that the previous Fiji bid – which planned to play games in Fiji, Auckland and western Sydney – had issues aside from the commercial aspect, namely around governance.

Regardless of how the bidding process plays out, Nichol noted that Pacific Islands rugby had been ignored for decades, a mistake he did not want to see repeated.

“We’ve got an opportunity to make that right,” he said. “And we cannot let it slip.”