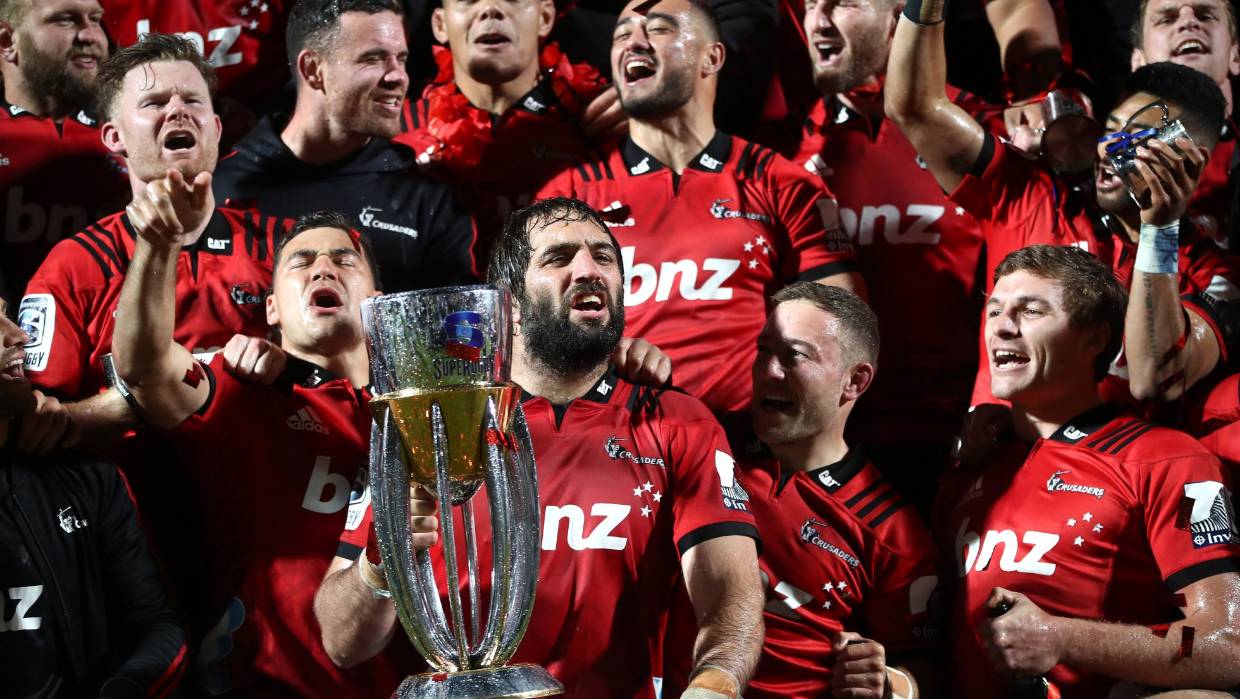 Crusaders fans can hold out both hands when signalling how many Super Rugby titles their team has won.

The red and blacks beat the Jaguares 19-3 in Christchurch on Saturday night to snare their third title in as many years, and a record-extending 10th.

Victory sauce will go down particularly sweet for the swag of Crusaders who won’t be back next year, including former captain Kieran Read, prop Owen Franks, midfielder Ryan Crotty and loose forward Jordan Taufua.

The same goes for departing assistant coaches Brad Mooar and Ronan O’Gara, who followed head coach Scott Robertson down the south stand as the crowd exploded into a  “three-peat” chant in the waning minutes.

But that’s not to say it wasn’t intense, as the red and blacks rolled up their sleeves and turned a 10-3 halftime lead into a 16-point win.

For what it lacked in execution and quality, there was plenty of stinging hits in the defensive slug-fest, which wasn’t in the bag until Richie Mo’unga slotted his fourth penalty goal with six minutes to play.

First-five eighth Mo’unga, who scored 23 and 20 points respectively against the Highlanders and Hurricanes the past two weeks, kicked 14 points in another flawless night off the tee, while hooker Codie Taylor bagged the only try of the fixture.

The home side’s defence was at its staunch best, rebuffing raid after raid of Jaguares’ attack in the second spell as they chased what would have been a heck of a boil over.

They certainly threatened, and so they should have with the possession and territory they enjoyed, but it was not to be.

It didn’t help that the Crusaders enjoyed scrum and maul dominance, which they utilised to earn penalties for Mo’unga to pop over.

It wasn’t necessarily pretty, but there’s no style points in a final, something the Crusaders – playing in their 14th decider – know full well.