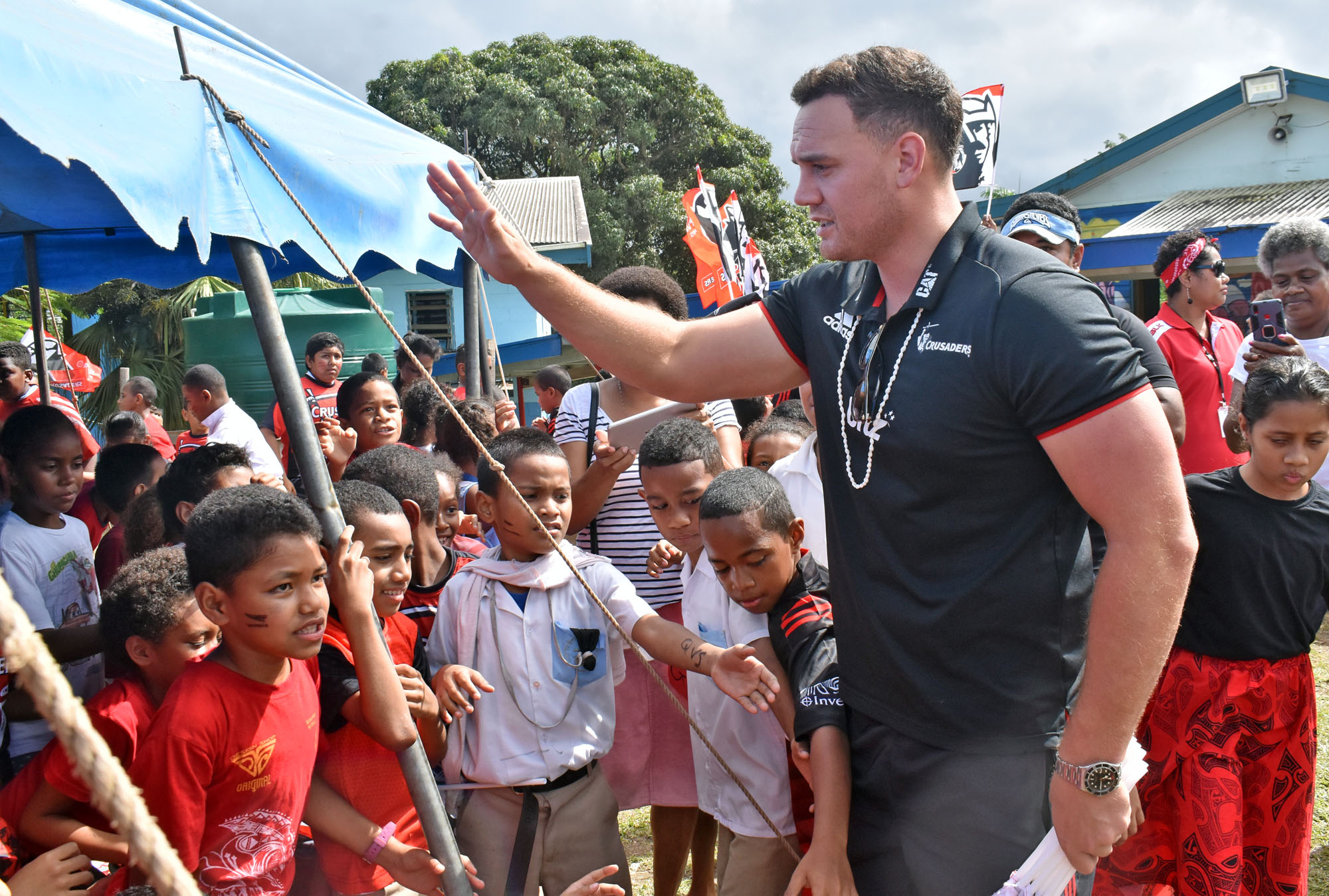 BNZ Crusaders rep Israel Dagg meets with students of Holy Trinty Anglican School during the team's visit at the school in Suva on Thursday, May 30, 2019. Picture: JONACANI LALAKOBAU

THE Crusaders have named a strong line up to face the Chiefs in Suva this Saturday.

Star Fijian wing Sevu Reece has been named to start on the wing for the defending champions.

Sam Whitelock will captain the side while fans will get to see the likes of All Blacks Richie Mo’unga, Ryan Crotty, Kieran Read, Scott Barrett and Joe Moody in the starting 15.