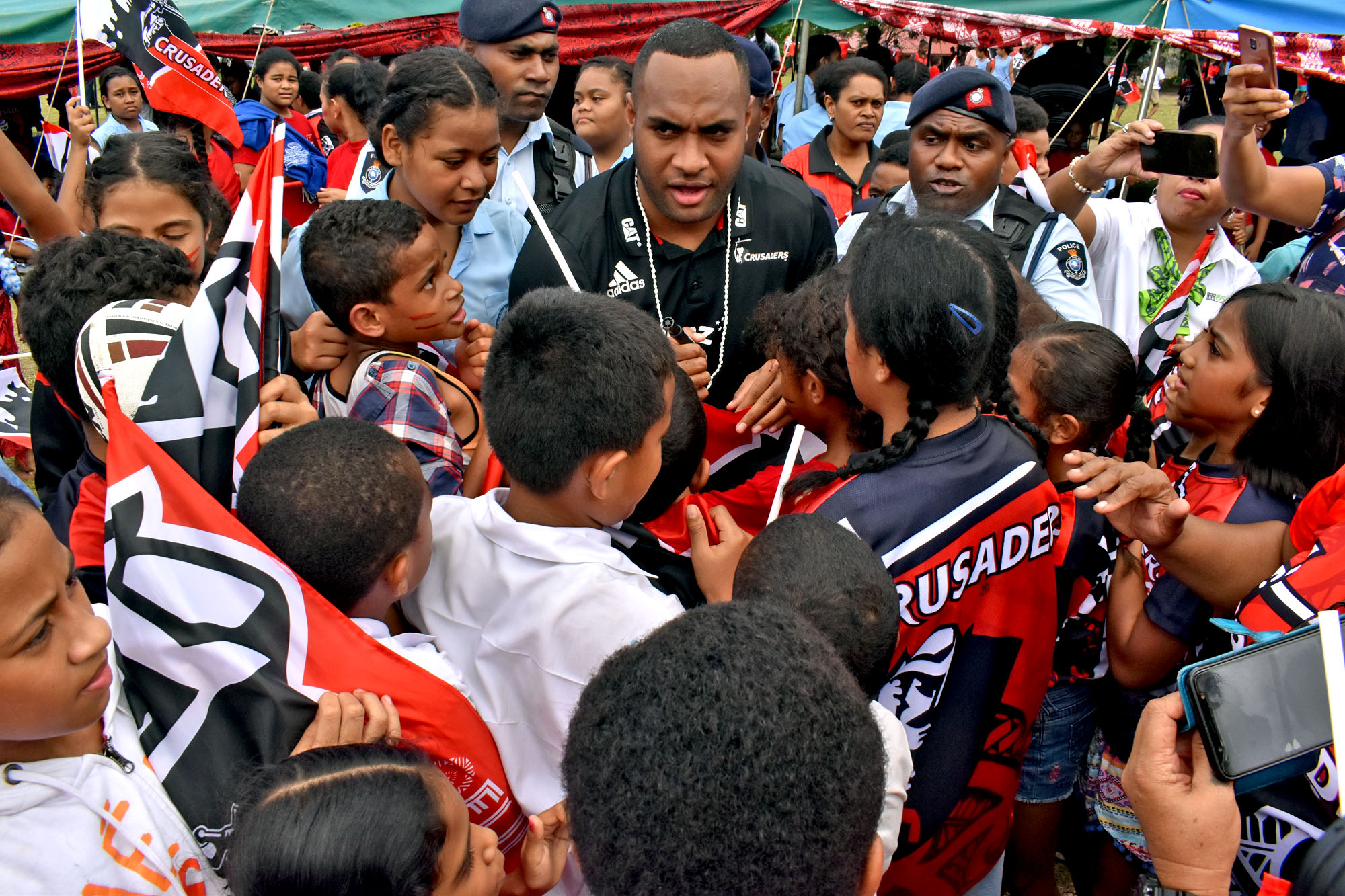 BNZ Crusaders rep Manasa Mataele is surronded by students of Holy Trinty Anglican School during the team's visit at the school in Suva on Thursday, May 30, 2019. Picture: JONACANI LALAKOBAU

The defending champions, who Fijians normally watch on television, are in town for tomorrow’s match against the hosts, the Gallagher Chiefs.

During the school visitations, students were able to catch a glimpse and meet their rugby heroes which included Manasa Mataele, Israel Dagg and Ere Enari.

They toured the schools signing autographs and took photos with students. Dagg said the support they received would help them to play well tomorrow.

“We are going out to the communities visiting students and signing autographs.

“We are enjoying the opportunity.”

Dagg said their team had prepared well and would play to win for their Fijian fans. Israel Jamahl Akuhata Dagg, 30, made his All Blacks debut on June 12, 2010.

He is from Marton, New Zealand.

He loves Fiji and vowed to return for a holiday or play again.

“I love Fiji. It is a beautiful place and Fijians are a great host.

“I am sure it won’t be the last year to host Super Rugby this year, we will come back,” he added.

The match is sheduled to start at 7.35pm tomorrow.