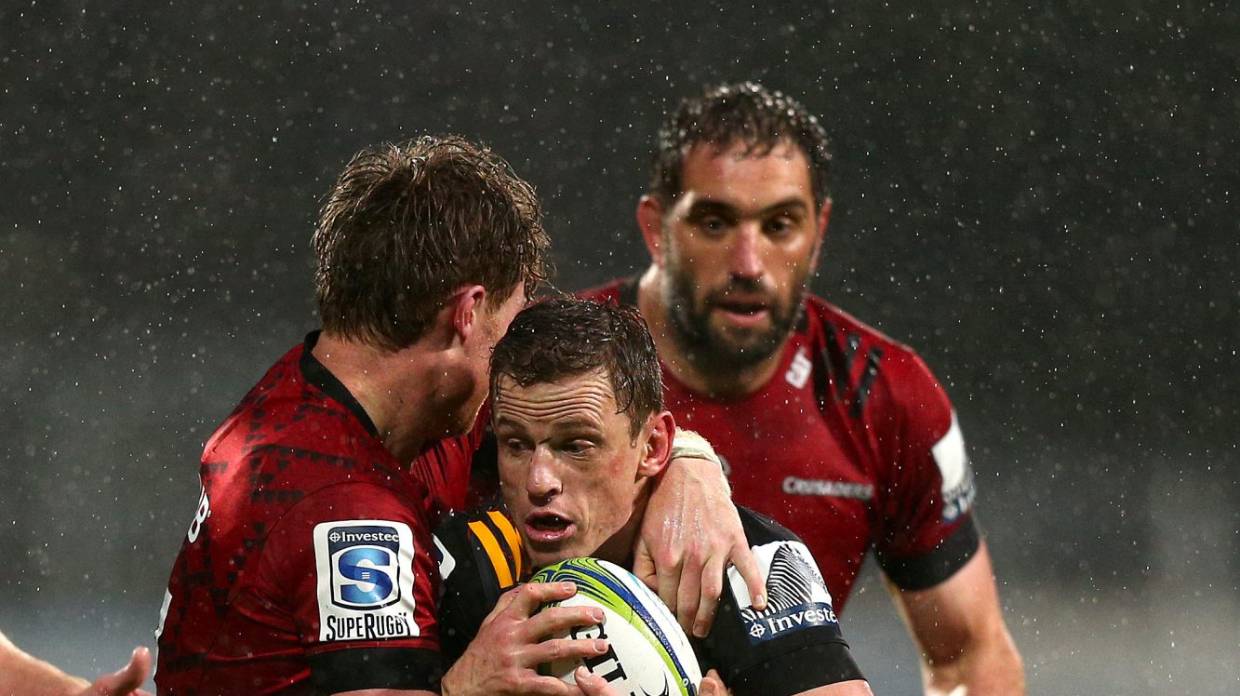 New Zealand stars Brad Weber and Bryn Hall have questioned the sustainability of Super Rugby Aotearoa as the future of the tournament is hotly debated.

New Zealand’s domestic version has been well received with big crowds as rugby finally returned from the coronavirus lockdown.

The game’s authorities are looking at the best way forward as the health crisis continues to grip the world.

The viability of long-distance travel to South Africa and Argentina puts question marks on its international flavour. A New Zealand-only version or a trans-Tasman championship have been mooted while there is continued talk of finally introducing a Pacific Islands outfit.

Halfbacks Weber (Chiefs) and Hall (Crusaders) worry that a New Zealand-only version could grow stale quickly, while there’s also the toll on the athletes from the white-hot Kiwi derbies.

Weber, who has forced his way into the All Blacks in recent seasons, likes the international flavour that has been the competition’s trademark since it was introduced in 1996.

“I’m a little bit torn because I enjoy going to South Africa and I enjoy playing against the Australians,” Weber told Rugby Pass.

“I think it’s the beauty of Super Rugby is that we do have all these different teams from around the world. I actually really enjoy that part of it.

“Going to Africa for two weeks, especially as a young fella, is a great learning experience, it’s a way to connect with the lads.

Hall has won three title with the Crusaders who are in the box seat to win the Aotearoa title but believes there needs to be more moving forward.

“You look at how Super Rugby’s been the last five years, and my thinking behind it is that New Zealand teams have probably dominated a lot of the competition,” Hall told Rugby Pass.

“I think as a consumer, if you’re a New Zealander, you love watching it. Think about Super Rugby Aotearoa, how much it’s been packed stadiums, quality rugby every single week.

“It’s tough, and I don’t think it is sustainable if you wanted to have competition with just New Zealand teams.

“I think whatever the decision is moving forward, it just has to be a competition that is competitive, every team that is available.

“I know there’s been talks of dropping a couple of Australian teams to make them competitive, or a Pacific Islands [team], or whatever it looks like.

“I’m a little bit torn, what I think the right direction is, but I think competitiveness and a product that is worth watching every single week is pretty important.”