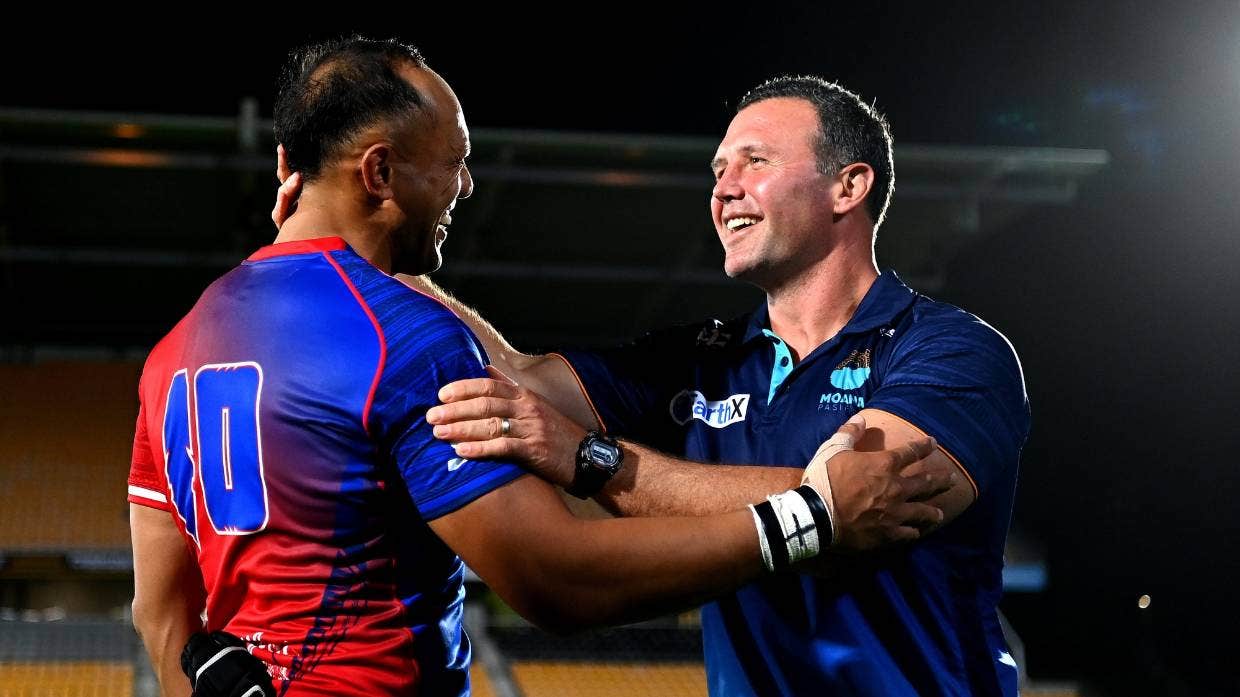 The signing of loose forward Miracle Fai’ilagi to next year’s Moana Pasifika squad shows the value the Super Rugby is providing to the sport in the Pacific Islands believes Aaron Mauger.

Fai’ilagi was picked up by Moana Pasifika after standing out at a combine put on by World Rugby, to help identify talented players who have the potential to play rugby at a higher level.

The 23-year-old Fai’ilagi, had been a part of the Samoan sevens team setup, but his promotion to a professional rugby contract to play Super Rugby shows how Moana Pasifika are contributing rugby in the islands and opening up pathways.

“How that came about was through the World Rugby Pacific combine,” Moana Pasifika coach Aaron Mauger said at the announcement for next season’s squad on Tuesday.

“Myself and Filo Tiatia (assistant coach) were able to attend, along with Kevin Senio (director of rugby) and a couple of other staff.

“Miracle was a clear stand out for us, he caught our eye early with how he handled himself, not just on the field, but off it as well.

“He’s been in the sevens environment, so knows how to work hard, knows how to push himself and he performed really well on gameday against the Fiji Warriors side.

“We felt he was ready for this opportunity and it’s really exciting and now it’s visible for young, aspiring players in the islands, that they too can become Super Rugby players and be a part of Moana Pasifika.”

Part of Moana Pasifika’s mission statement is to champion the power of Pasifika people and culture and put it on a world stage. So this will never just be about the 80 minutes of rugby each week.

“That’s the whole kaupapa for Moana Pasifika, to inspire belief in our people and belief that they too can be in this position,” Mauger said.

“Miracle is a great example of that, he was playing for his village and local province just a few months ago and now he’s going to come in on the Super Rugby stage.

“It is a possibility, it takes hard work, but Miracle is an example of those behaviors which can earn you this opportunity.