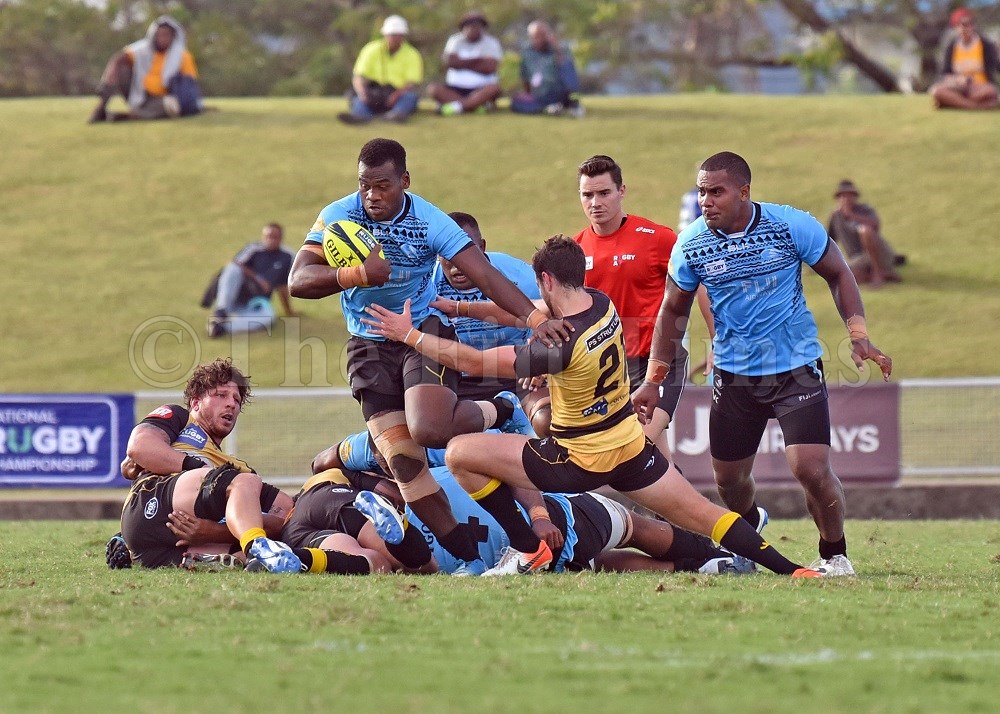 Fiji Airways Fijian Drua rep Poasa Waqanibau tries to make his way through the Western Force defence during their 2019 NRC match at the ANZ Stadium in Suva on Saturday, September 07, 2019. Geoff Webster believes preparation will be key if the Fijian Drua is to get a foothold in next year's Super Rugby competition. Picture: FT FILE

The Fijian Drua will seek a small number of players not eligible for Fiji for positional coverage for its first Super Rugby season.

“There is a possibility that we may seek to contract a very small number of players who are not eligible for Fiji in the first year or two, but only to fill positions where we do not have adequate depth from Fiji players,” chief executive officer Brian Thorburn told this newspaper.

Thorburn said this was only because their licence had been granted late and to rope in a squad in time for pre-season preparation might cause delays when looking to fill positions.

However, Thorburn said this would only happen at the beginning and would expect the positions to be filled by Fiji eligible players as we progress, highlighting the Fijian Drua being a feeder into the Flying Fijians team remained top priority.

“Our intention is to only recruit players who are already capped for Fiji, or who are eligible to play for Fiji.

“Because our licence has been awarded so late, my expectation at the moment is that there might be one or two such players in the first year, but the vast majority of our 37 man squad will comprise players who are eligible to play for the Flying Fijians, either immediately or in the future.”

The Fijian Drua are expected to announce their full 37-member squad and coaching panel soon.