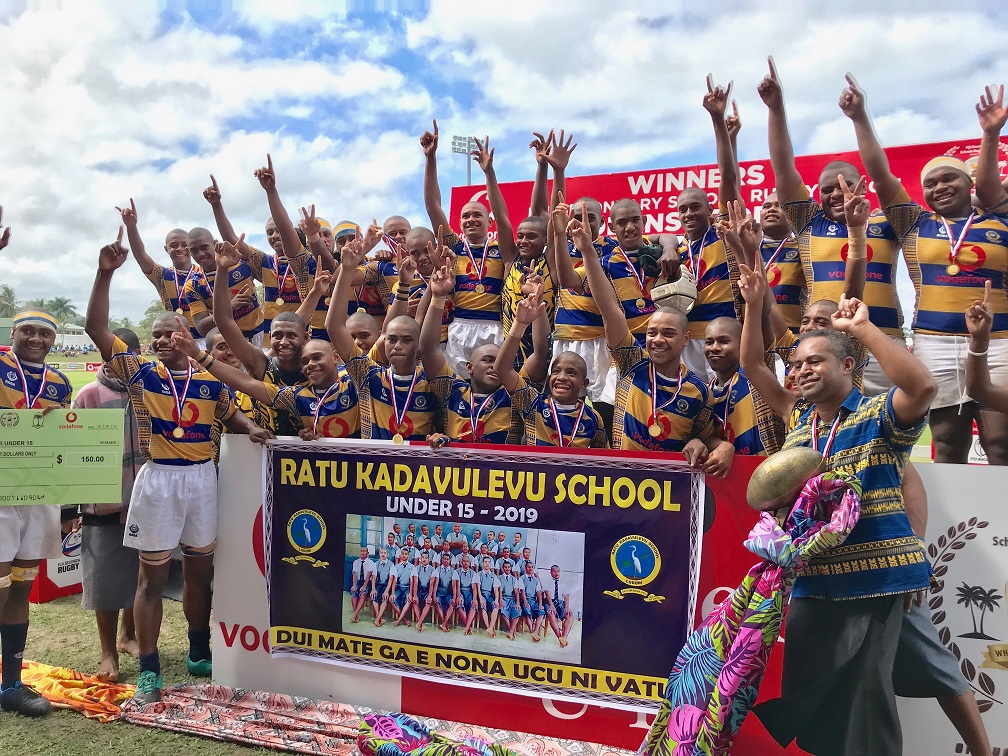 RKS won the U15 title of the Deans trophy finals after they defeated neighbours QVS 27-8 at Lawaqa Park in Sigatoka.

The win was the second victory for the boys from Delainakaikai over their Matavatucou rivals in the Deans trophy finals.

Last year, the two teams met in the U14 final which RKS won.