Sunken vessel to be removed 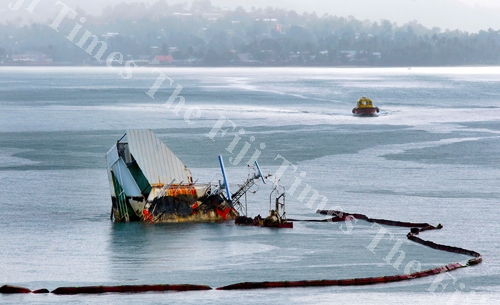 THE sunken derelict vessel MV Southern Phoenix’s removal process from the Suva harbour is expected to be completed by the end of this year.

“Owner of Southern Phoenix, Cruz Holdings Ltd, has also advised us that additional equipment has also been prepared for mobilising from USA and Singapore,” Mr Piyasena said.

“The MV Southern Phoenix lies on an angle approximately 70 degrees on its port side in about 11 metres of water approximately 140m south of the Southern end of the Kings Wharf in Suva,” he said.