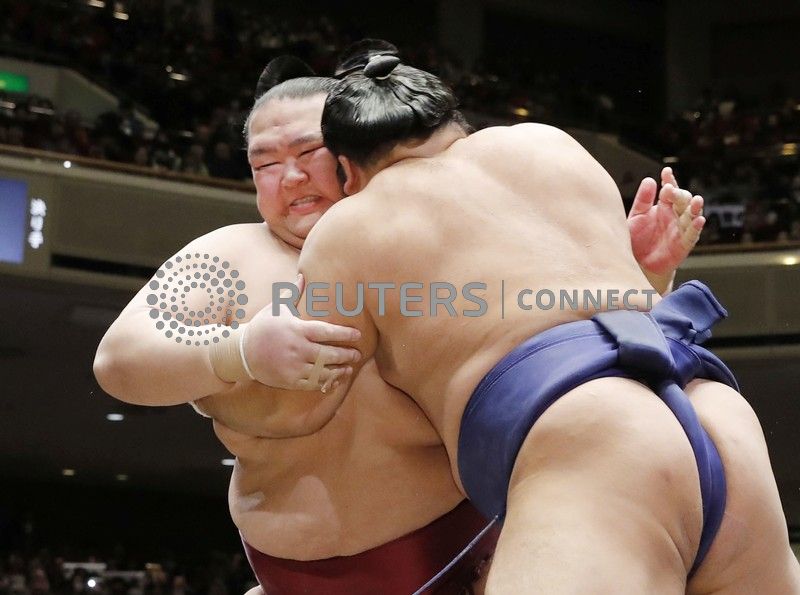 The 32-year-old was the only Japanese-born wrestler to currently hold the top rank of yokozuna.

Kisenosato entered the 15-day tournament in Tokyo with his career already in jeopardy following a miserable run of injuries and form and after losing all three of his bouts decided to retire.

“I was delighted when he became yokozuna but when you see him closely, you can tell that he was struggling a lot. These two years went like a flash,” his stable master Tagonoura Oyakata said on Wednesday.

“He made a big decision. I can tell straight away by looking at his face that there were many thoughts on his mind.

“I personally cannot take it in.”

Kisenosato’s decision comes after he posted eight successive losses since September, the worst run for a grand champion since the current competition format started in 1949.

He became yokozuna following a 14-1 tournament victory in January 2017, in doing so becoming the first Japanese-born wrestler in 19 years to gain promotion to the sport’s top rank.

On his yokozuna debut, he won a second successive championship but then injuries kicked in to hamper further progress.

Between May 2017 and July 2018, Kisenosato missed eight consecutive tournaments due to injury, the worst record of any grand champion.