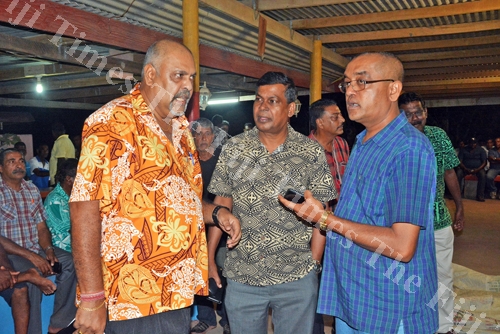 THE National Federation Party (NFP) says consultations being carried out by the Ministry of Sugar Industry and the Fiji Sugar Corporation with farmers is “a cosmetic exercise”.

NFP political administrator Kamal Iyer claimed Government and the FSC had carried out extensive consultations in the past which had proven meaningless.

“This is because those responsible for the industry are clueless on how to revive the industry and restore it to its glory days before the 2006 coup,” he said.

“This Government thinks that it has solutions to make the industry vibrant once again, but the reality is that the problems faced by canegrowers remain unresolved.”

The National Sugar Industry Policy canegrowers consultation began on Monday, January 14 in Rakiraki and ends on Friday, February 8 in Labasa.

Farmers in hilly terrain have yet again claimed lack of government assistance for them as opposed to those on flatland using mechanical harvesters.

These same issues were also raised during consultations on the proposed Reform of the Sugar Cane Industry Bill in 2016 and 2017.

Similar concerns were recorded during The Fiji Times survey conducted over two weeks in 2017. Mr Iyer claimed Government had repeatedly rejected the NFP’s call for bipartisanship.

“They have accused us of politicising the industry while being oblivious to the fact that they are politicians themselves, tragically leading growers up the garden path.”