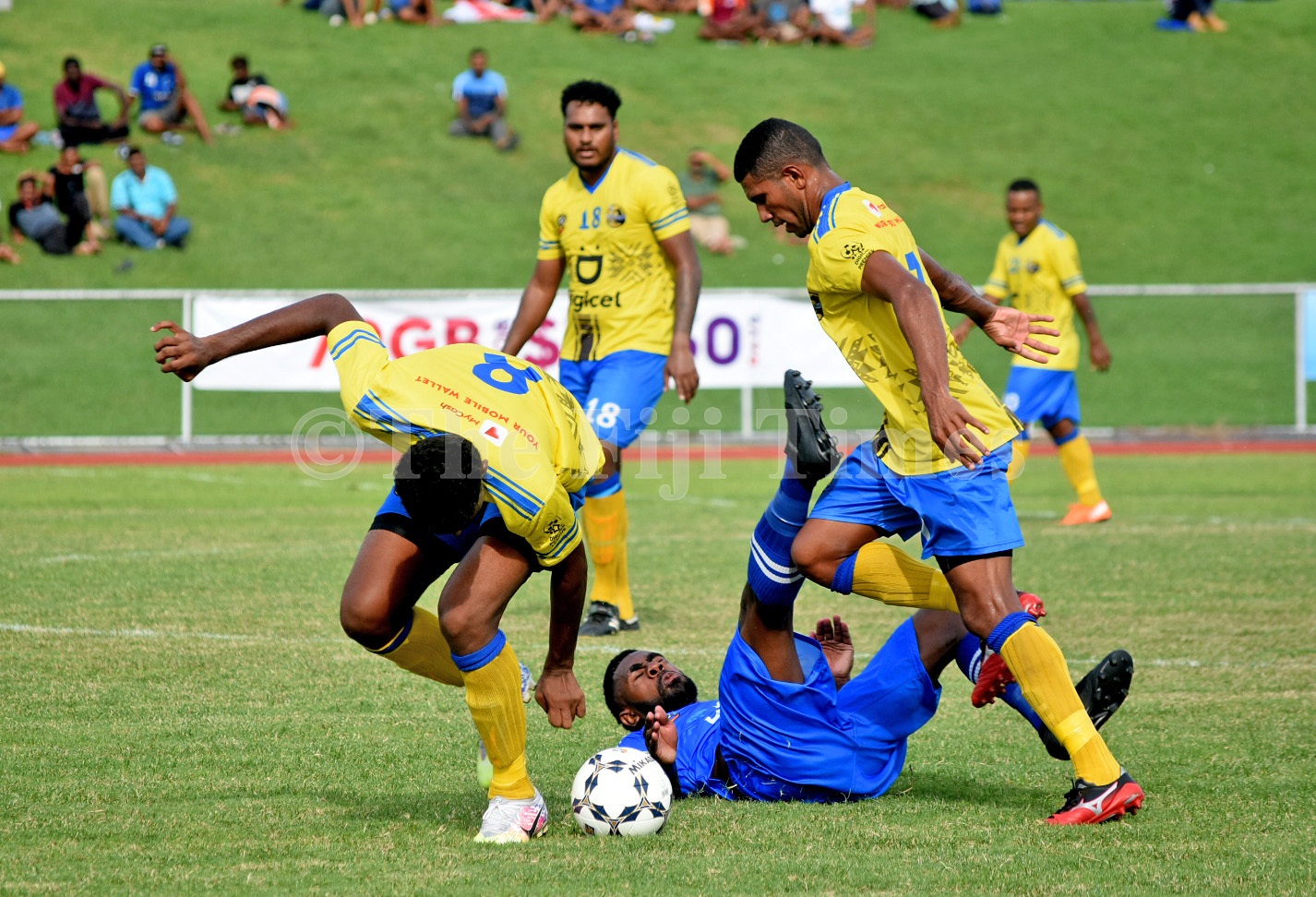 Edward Justin inspired a resurgent Lautoka outfit to claim a hard-fought 1-0 win against Nadroga at Churchill Park yesterday during round six of the Digicel Premier League.

Justin, who came as a replacement player in the second half ghosted past three Nadroga defenders and laid a beautiful pass to Sairusi Nalaubu, who made no mistake with a powerful right-footer from inside the penalty box to score the lone goal in the 74th minute that, separated the two teams.

The hosts were frustrated until the goal was scored because the stallions did well in holding an experienced Lautoka brigade; the Blues were guilty of playing individually which allowed Nadroga to dictate play until the game-changer.

The Moshin’s Insulation-sponsored Nadroga outfit’s inability to capitalise on their numerous goal scoring opportunities stood out like a sore thumb.

A composed head coach for Lautoka FC Imdad Ali took the win graciously. “Well, they played according to the game plan,” he said.

“But the execution was missing because of the individual plays which could have inflated the scoreline and eased the pressure on the boys. “Nevertheless, a win is a win and I am relieved with the positive result.”

A furious Nadroga FC president Mohammed Ali was scathing in his attack at the match officials.

“We are so disappointed with the match officials’ control of a crucial game for us,” he said.

“A clear penalty was denied to us in the first half and the match should have ended in a drawn affair.

“We trained so hard for this particular match and I call on the referees association to select efficient match officials.”

The Viti Water Flow-sponsored Lautoka FC’s win further extended their lead at the top of the DPL points table with 13 points.