Studying in church, shed since 2016 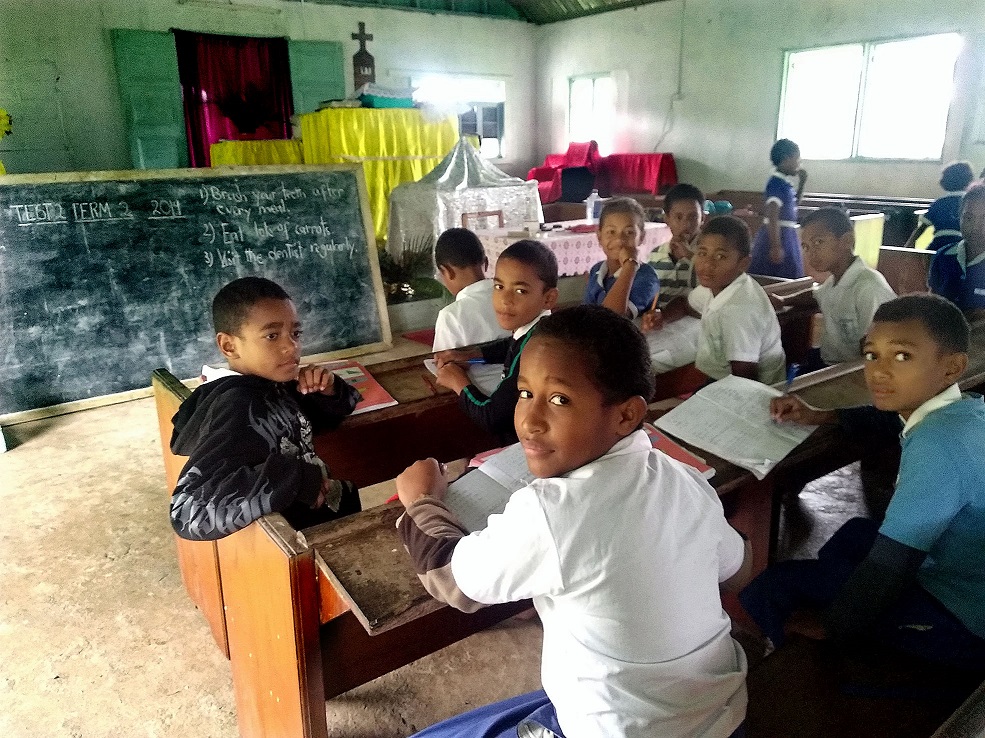 SINCE December 2016, students of Laucala District School have used two church buildings and a shed as classrooms because new school buildings, damaged by landslide have not been constructed.

As a result, the students of Dreketi Village on Qamea, Taveuni, had had to share spaces in the two church buildings.

The old school building was destroyed during the landslide three years ago.

School committee member Anasa Vakasecakau said they had grown weary of asking the Ministry of Education to build a new school building for their children.

“By the end of this year, it will be the third year for our children to occupy the two church buildings and a temporary shed built by parents,” Mr Vakasecakau said.

“We have continuously written to the MOE and their officials have also visited the village and the old school site but nothing has been done about it.

“They have told us that the new school building will be built but nothing has been built for the past two and a half years.

“Our children can’t remain in the church buildings all their primary school lives.”

Mr Vakasecakau said they were informed that construction was scheduled for last month.

“A team from the ministry came to visit us and told us that in July (last month) the construction works for the new school will start,” he said.

“But nothing has been built and our students can’t freely learn because of the church rules.

“The students can’t scream or teachers can’t hang up too many placards for learning because we have church service on Sundays. It’s tough on the teachers who are also using a temporary shed as an office.”

Students of Year 3 and 4 occupy the Seventh-day Adventist church with kindergarten class.

The Ministry of Education has not responded to questions sent by this newspaper despite earlier assurances that they would reply.