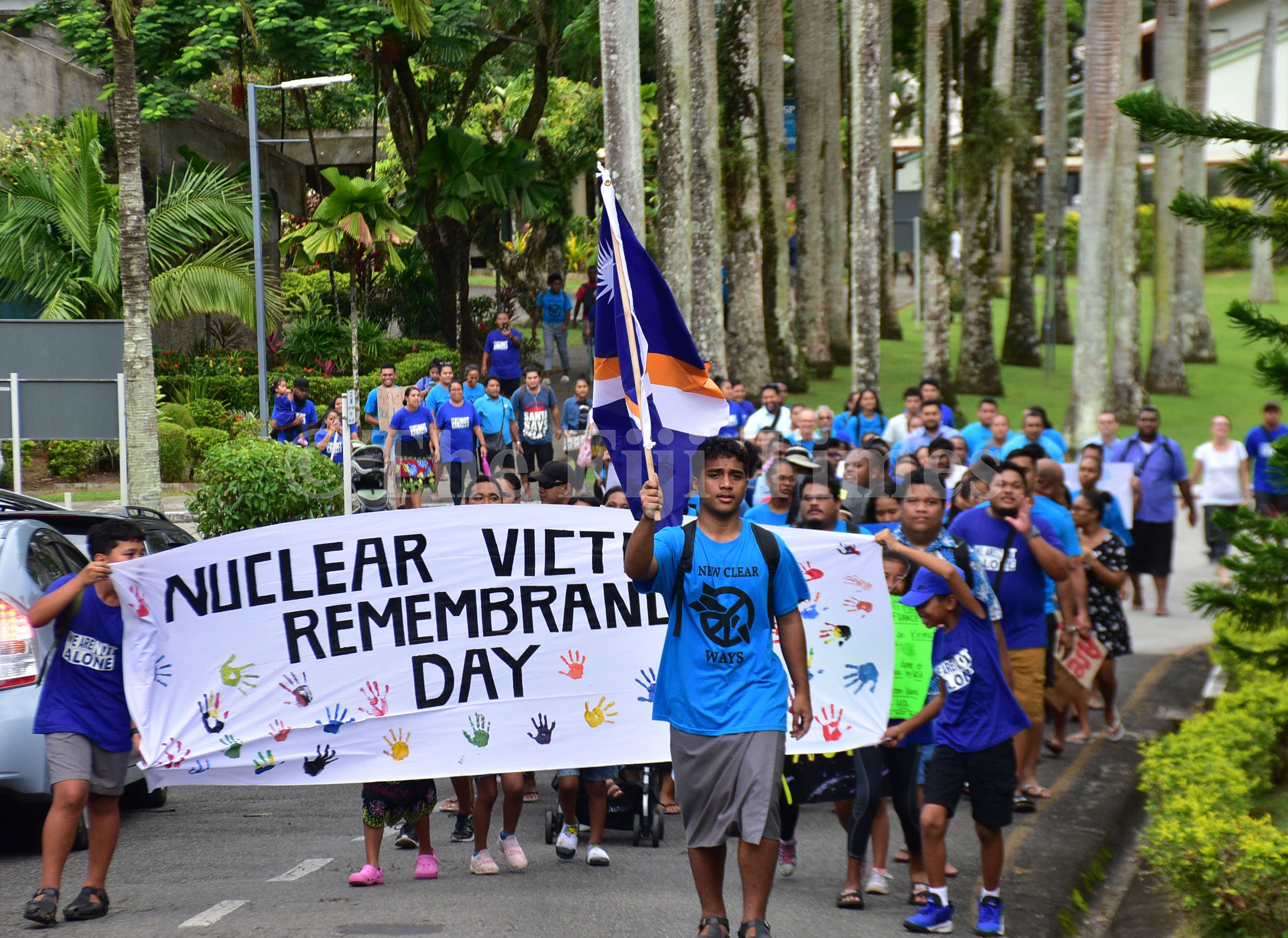 Marshall Islands citizens including students of the University of the South Pacific, supporters and activists marching in solidarity for the victims of nuclear activity in the Pacific. Picture: JOVESA NAISUA

MEMBERS of the Marshall Islands Student Association (MISA) staged a march to mark the third annual nuclear victims solidarity on Monday this week.

Held at the University of the South Pacific Laucala campus, the march was joined by other regional students of the university.

Speaking at the Japan ICT building where the commemoration ceremony was held, MISA president Wayne Kijiner said it was important for people to know what nuclear testing was and its repercussions on communities where they were practised.

“On this day, there is a national Marshallese holiday to remember the victims and the survivors of the nuclear testing that was conducted by the US on the Marshall Islands,” said Mr Kijiner.

“The student association here in Fiji, combining both USP and FNU and other schools, decided it would be a good opportunity to raise awareness on such an issue.

“We have realised that not many students know about nuclear bombing and its effects here.”

Pacific Conference of Churches president, the Reverend James Bhagwan said the cry of the victims and survivors was still echoed in the affected Islands.

“Let us lend our voice to this cry, the cry for justice and just peace,” said Mr Bhagwan. This year’s event is themed “We are not alone”.