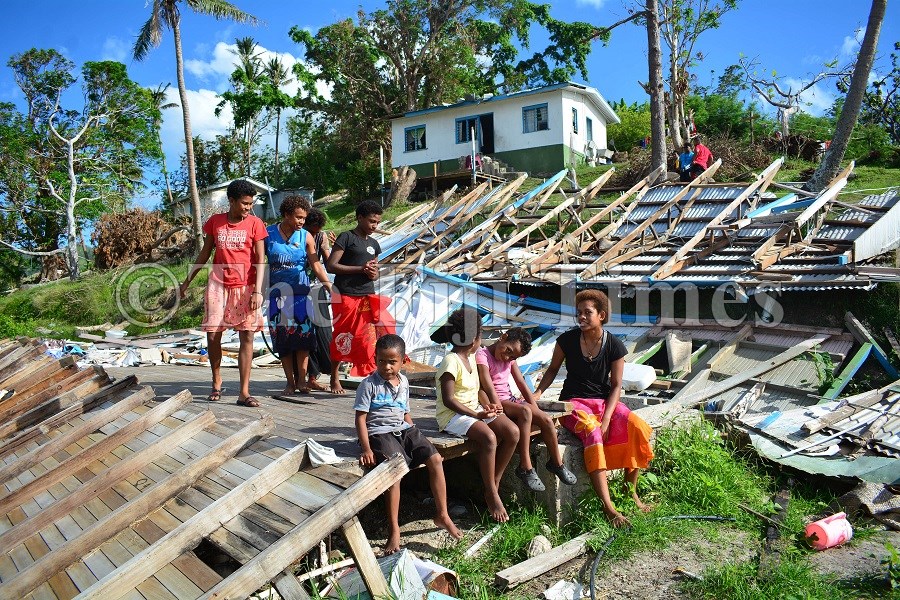 Children sit on what is left of a teacher’s quarters at Richmond Methodist High School on Kadavu. The school was destroyed by TC Harold last month. Picture: JOVESA NAISUA

WHILE most students are anticipating the resumption of classes next month, 147 students of Richmond Methodist High School on Kadavu are still in the dark about the future of their education.

This after Tropical Cyclone Harold destroyed the boarding school on April 8, leaving no building spared. Speaking to this newspaper yesterday, teacher Seini Tuimabula said apart from the destruction of school buildings, all stationery and equipment had been lost.

“It was devastating to see the students’ dreams being destroyed within hours,” she said.

Mrs Tuimabula said most students had gone home for the weekend when the monster cyclone struck.

“They were on their weekend out and were supposed to return, that’s why they left all their stationery behind.

“After Harold had passed and we went to survey the school blocks, we saw textbooks ripped apart and wet and some were even blown away by the strong winds.”

Mrs Tuimabula said they did not know how they were going to replace the students’ books but they were optimistic everything would soon normalise.

“Luckily no one was in the dorm when the cyclone struck because if they were there, then some would have gotten hurt.”

She said in a bid to ensure students were on top of things, they had distributed work sheets to them.

Mrs Tuimabula said they had taken it upon themselves to rebuild the classrooms that were destroyed.

“We felt that we should at least do something and, as you can see, the teachers in the school have started nailing down the roof and cleaning the school compound.

She said some teachers quarters were also destroyed by the Category 4 storm.