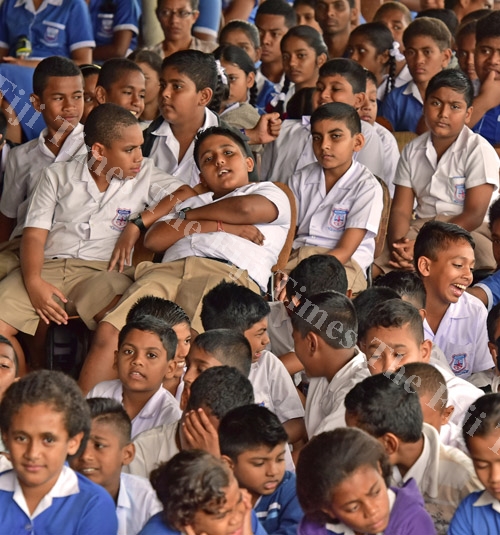 IT is important for elders to impart the knowledge to students of today.

This was the message from chief guest Pundit Shelvin Maharaj during Rishikul Primary School’s Krishna Janmashtami celebrations at their school in Nasinu on Monday.

Krishna Janmashtami marks the birth anniversary of one of the most worshiped Hindu gods — Lord Krishna.

Lord Krishna was believed to be born on the eighth day (ashtami) of the Krishna Paksha (dark fortnight) of the month of Bhadrapad (August — September), according to the Hindu calendar.

Students of Rishikul Primary totalling 1638 were enlightened about the significance of the event.

“The message has to go across. The number of students having interest in religious activities has decreased in the past years and it is important for the leaders to pass on the knowledge to the next generation. These are the leaders of tomorrow,” said pundit Maharaj.

“Our religion may be different but we are all human beings. Here at our school we make sure that all the religious functions from all ethnic groups is celebrated with pride.” said Mr Lal.