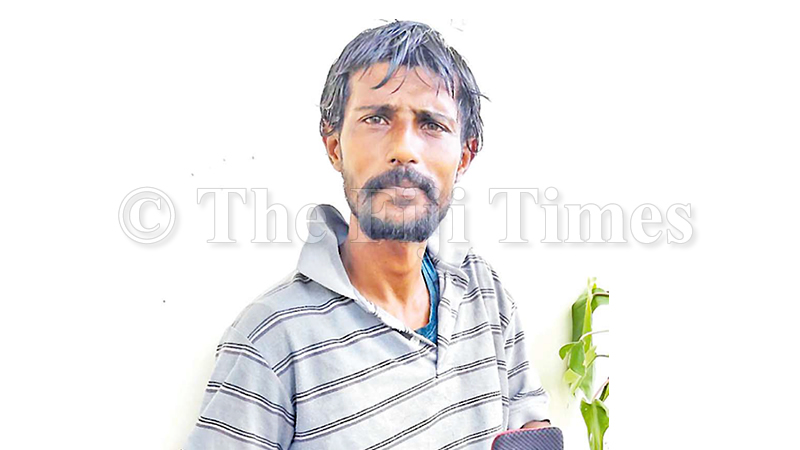 Fazil Imraz’s story is one of struggle, strife and strength — all rolled into one. He said things took a downward turn after he lost his father in 1983.

Mr Imraz said things were so bad that he found himself on the streets of Suva and Lautoka cities, a place he called home for more than 20 years.

Now at 39, he said he was trying to turn his life around.

“About two years ago I started my own mobile shoe repair business. This is after I lived on the streets of Suva and Lautoka.

“I moved around just looking for odd jobs to do. I didn’t go to school, but I tried my best to learn skills any way that I could,” he said.

Imraz said one of his greatest learning experiences was being under the tutorship a shoe repairman in Suva. “I used to spend about half an hour every day learning from him.

He taught me everything I know. “From then on I started repairing people’s shoes to get money.

I did that while I was still living on the streets.” He said after finding his way to Lautoka, he spent another 10 years trying to find a way to earn a living.

“It’s not easy. When you’re fixing people’s shoes, you need to be in one place so I found it hard to find space in Lautoka or somewhere in the market just to start things off.

“Because of that I kept moving around and at night I would sleep at the bus stand.” He said a Namoli landowner gave him an new opportunity.

“They saw me repairing people’s shoes, but I was still sleeping at the bus stand. “So one of them approached me and told me they had a farmhouse near Tavakubu.

“This was the start I needed, I knew that I would have at least a house to stay in and a place where I could do my business from.”

He said this was where Azad’s Mobile Shoe Repair was born. “I named it after my father.

Even though I grew up not knowing him I know that he would be proud of me and for what I’ve been able to do.

I still struggle but I am trying to survive and get a better life.”