Strong critics within Catholic Church in delivery of homily 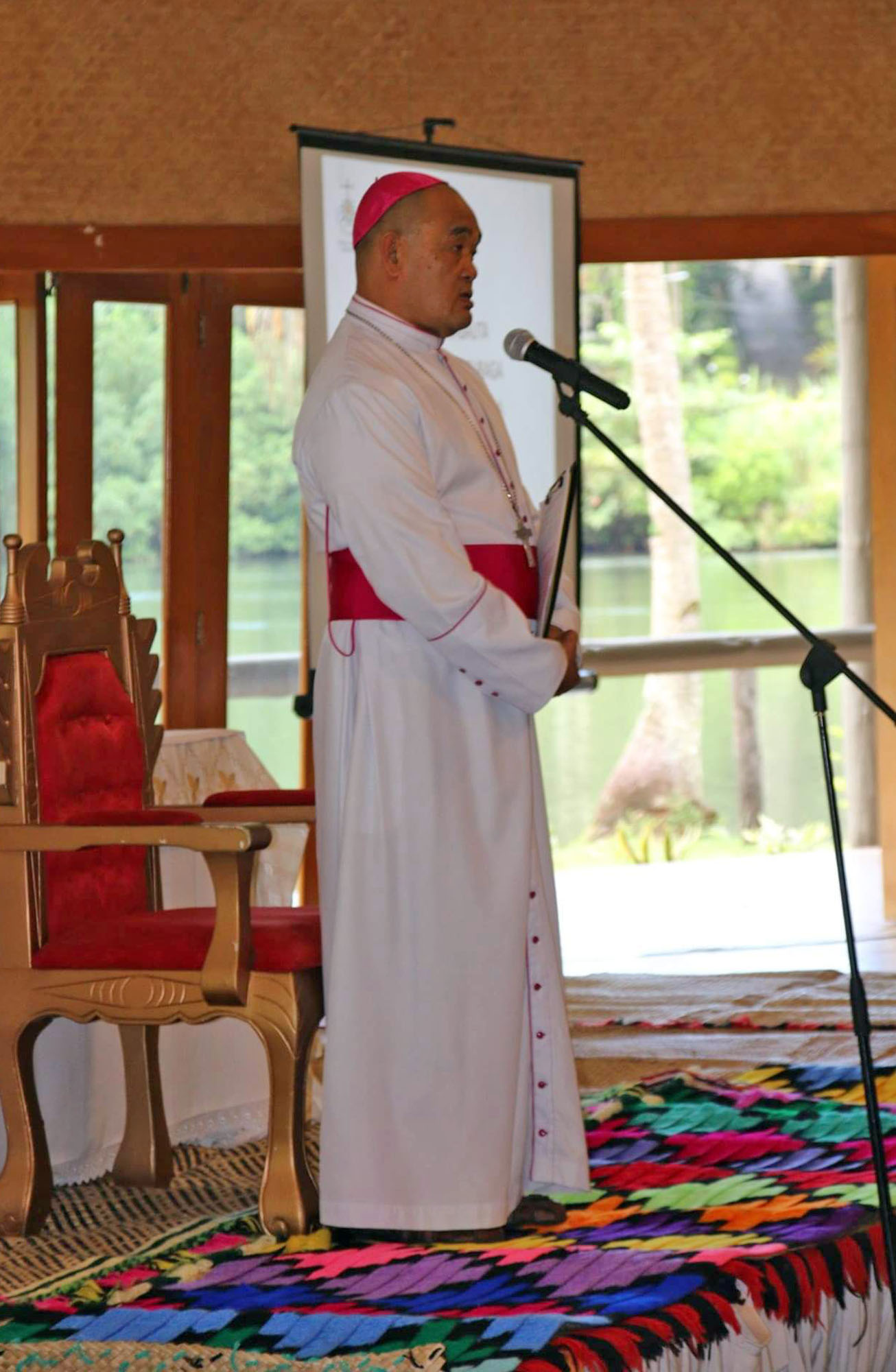 Archbishop Peter Loy Chong giving his official remarks during the 2nd Synod of the Archdiocese of Suva at the Novotel Convention Centre in Lami on Friday, June 07, 2019. Picture: SUPPLIED

THERE have been strong critics among members of the Catholic Church about the leadership of Catholic priests in delivering the homily.

This was one of the issues raised by members of the church during the Archdiocese of Suva Synod sessions at the Novotel Hotel Lami Bay.

Archbishop Peter Loy-Chong said people generally felt that these priests needed to pull up their socks and spend more time in studying and preparing for their homily.

During the synod, Archbishop Chong said issues concerning youths, apart from the common problems they faced were also discussed and there was a cry from them to want to participate in leadership.

“They want to participate and they want to be involved and they need space for that,” he said.

“On the other hand, parents are saying that’s true, but you cannot just do things on your own.

“So there is tension there on how you allow the initiative from the youths, but also to balance it with guidance of family.”

He said church members had also raised that the church needed to speak out on challenges they faced in society.

“The main thing is that we have a very rich traditional Catholic social teaching which has the church teachings about societies, poverty, economic and environment — we have a whole book for this and we have not used this to the full.

“And this is the urge now that we need to be prophetic and speak out using the Catholic social teachings.”

He added that other important topics discussed included the church and society.

The synod is a platform where church members could raise their opinions, hopes and aspirations to the church leadership.

According to Archbishop Chong, this would assist him in the leadership and governance of the church — which was an important part of the synod.

While the church leadership listens to the people, he said, they would also listen to the Holy Spirit who they believe would help them in their decision making.

Following their reflection about everything discussed at the Synod, a pastoral plan would then be developed to guide the church in the next 10 years.

Lautoka’s Our Lady of Perpetual Help Parish chairman Mikaele Mataka said he was thankful that the synod now provided a platform for the church members to raise their opinions.

He said previously, church members would just go along with what priests brought forward, but now their voices too could be heard.