Strong because of mum 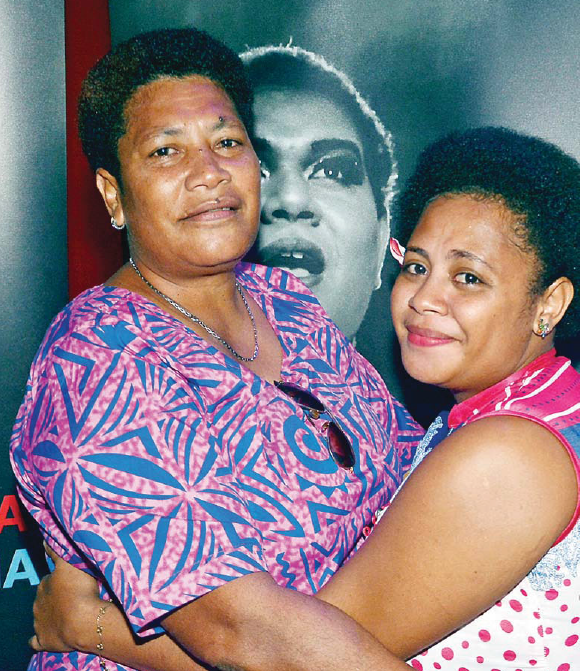 Ilisapeci Raileqe, left, with her daughter Katie Bari during the International Day Against Homophobia, Transphobia and Biphobia (IDAHOTB), at Life Cinema in Lautoka. Picture: BALJEET SINGH

“I AM a strong woman today because a strong woman raised me.”This was the sentiment shared by Katie Bari as members of the lesbian, gay, bisexual, transgender, queer and intersex (LGBTQI) community celebrated International Day against Homophobia, Transphobia and Biphobia (IDAHOTB) in Lautoka on Thursday.

Ms Bari is the daughter of Ilisapeci Raileqe, a volunteer with LBGTQI group Rainbow  Pride Foundation.

She said her mother, a former sex worker, was one of the strongest survivors of stigmatisation discrimination sexual abuse and domestic violence.

“I remember one evening when my mum sat my brother and I down to confess she is a lesbian, my brother then did not understand but I was furious at her,” she said.

“I was angry. At first I could not come to terms with the fact that the woman who gave life to me is lesbian but mother’s love was never ending.”

Ms Bari said despite all the ordeals, her mother showed how much she cared for and  loved her family.

“My grandparents accepted and supported mum despite her sexual orientation even though it was against their faith-based belief.

“If ever there were differences in the family, never did mum show any grudge. She stood firm in what she believed in and for that, I am very proud of her.

“It was only during the death of my grandparents that I finally overcame all my fears and accepted my mother for who she is because who am I to judge when God’s love knows no gender.”